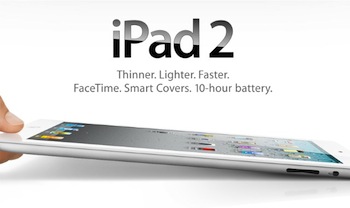 Apple just released its earnings report for the second quarter of fiscal year 2011, and it topped analyst estimates once again.

However, it did fall short in one area: iPad sales. Analysts had predicted that the company would sell between 6 and 6.5 million iPads, and instead Apple reported sales of 4.69 million. This confirms earlier reports of disappointing sales, which were based on the filings in Apple’s lawsuit against Samsung. It’s hard to offer other comparison points — the company sold 7 million iPads in Q1, but that included the holiday season, and of course the iPad wasn’t even on sale during the same quarter last year.

(Update: It sounds like the lower sales either come from supply shortages or slow sales of the first-generation iPad in anticipation of the launch of the iPad 2, since Apple sold every iPad 2 it could make.)

Overall, Apple reported record revenue of $24.67 billion and earnings of $6.40 per share, compared to $13.5 billion in revenue last year, and analyst predictions for the quarter of $23.8 billion revenue and $5.25 EPS.