Apple may have just “a little more to show” us, but this week’s Apple event in San Jose is turning into perhaps more than just a little more. In fact, not to put too fine a point on it, it’s potentially turning into a lot.

While only a technology journalist might be foolish enough to think that everything rumored for an Apple event is actually going to happen, there’s a lot of smoke about Tuesday.

Here are all the rumors we’re hearing about what Tim Cook might show us on Tuesday: 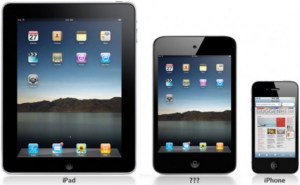 Likelihood: extremely high. There have just been too many rumors, pictures, and whispers. And with the Microsoft Surface coming out very soon, Apple needs to give consumers a big reason to say no, even if it comes in a little package.

This is a more recent rumor, but it’s both widespread and includes credible photos. There aren’t a lot of details about what it might or might not include, but the new Lightning connector is a gimme. Pricing will probably stay the same, but it’s possible that LTE could provider some faster cellular networking, and it’s possible that the retina screen will get a small update.

This would also be an opportunity for Apple to push the spec versus Microsoft’s new Surface tablets. Could we see any other upgrades?

Likelihood: high. Not due to the number or frequency of rumors, but it just seems to make sense. 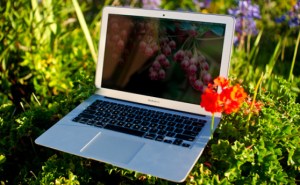 Half of Apple’s Macbook Pro line got the amazing new retina screen in June of this year. Now it may be time for the other half. The 13″ laptops look to be getting the same retina screen as the 15″ Pros, possibly for a $1,700 price tag. If so, Apple may also feature-bump the 13″ just a little bit.

Which would, of course, leave the Apple faithful eagerly panting for a 13″ retina Macbook Air.

Likelihood: medium. Reasonable, but definitely not guaranteed. Macbook sales have been extremely strong for Apple in the last quarter; this would juice them even more.

iBooks 3 (and other assorted software bumps)

You’re almost guaranteed to get some software updates at an Apple event, and it looks like iBooks 3 might be one of the announcements this coming week.

Likelihood: medium. It’s likely that Apple’s new iPad Mini will have a strong media, particularly reading-focused marketing message to compete with Kindles and other mid-sized tablets and e-readers. As such, it wouldn’t be too much of a stretch to expect some new software for said literary material … 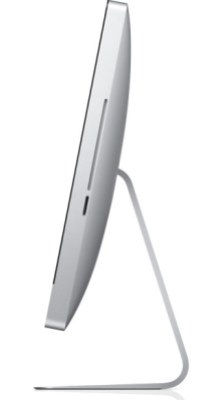 There have been some reports of a refreshed iMac with an almost-invisibly-thin side profile, a new type of display (though probably not retina), and larger memory options. Similarly, rumors have surfaced about the Mac Mini.

Likelihood: medium. The iMac’s last update was 538 days ago, which is almost double the average time between refreshes, so a change is coming soon. And the Mac Mini was last updated 460 days ago. Whether either will be announced this week … we’ll see.

And … one more thing

Steve Jobs’ trademark — although he did not always use it — was the “one more thing” that was sometimes amazing enough to warrant an event of its own. The only items seemingly in that class would be announcements on a new Apple TV even a new Apple TV screen.

Likelihood: low. This seems to be an update event, not a shake-the-world event. And all reports on Apple’s efforts in television have it nowhere near where it needs to be yet. Wouldn’t it be fun though?

VentureBeat will be on scene live-reporting on October 23.