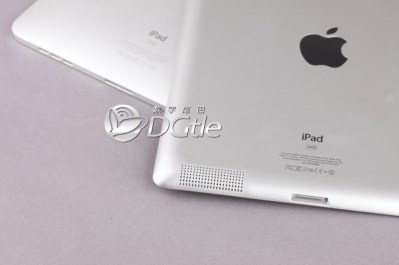 Apple will ship between 6 million and 6.5 million iPads in the first quarter, the sources say. The numbers include shipments of both the original iPad and the iPad 2 that’s expected to be announced in just a few hours. Apple’s initial batch of iPad 2s will number somewhere between 300,000 and 400,000 units, according to the sources.

Digitimes is known for its connections with original equipment manufacturers and other companies in device supply chains, so its shipment numbers are often worth paying attention to.

A previous Digitimes report from December estimated that Apple will ship 65 million this year, but that was based on an extrapolation from display shipments. The 40 million number seems more realistic, and it falls in line with analyst estimates that say Apple will ship between 40 million and 50 million iPads this year.

In other news, the most convincing iPad 2 mockup yet has hit the web via Chinese gadget site DGtle. The site itself doesn’t seem to be too sure on its legitimacy, but the mockup looks to be higher quality than previous iPad 2 designs. It also features elements we’re expecting to see from the new tablet today, including a slimmer design, front and rear cameras, and a larger speaker.