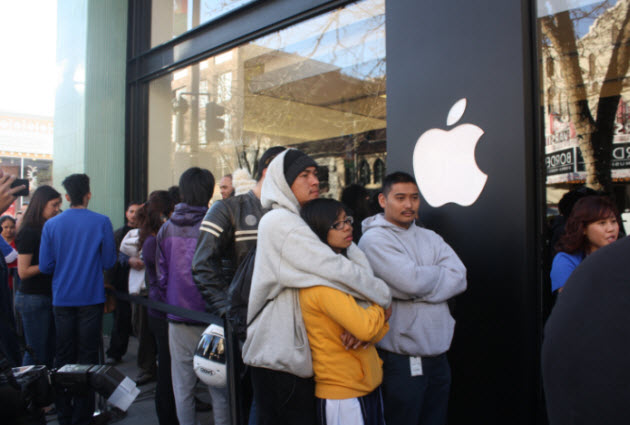 Apple fans gathered in a line that stretched for two city blocks at the Apple store in Palo Alto, Calif. As you can see in the video below, they cheered when the door opened. Security and PR people were plentiful, as were blue-shirt employees. After all, this is the store where Steve Jobs will occasionally show up to see how first-day sales are going.

There was no sign of Apple’s chief executive today, though. It was just the fans. The doors opened promptly at 5 pm Pacific time. It looks like, at least at this store, Apple workers will be earning overtime. Judging by reports from around the country, the die-hard Apple fans are out in force for the iPad 2 launch. Apple has 236 stores across the country that began selling today, and the device is also available at other stores including AT&T, Verizon, Best Buy, Target, and Wal-Mart.

Will it be enough to keep Apple dominant? Last year, Apple snagged 83 percent of the tablet computer market. But there’s more competition this year from the Motorola Xoom, the Samsung Galaxy Tab, the RIM PlayBook, the HP WebOS tablet and a bunch of other tablets coming to the market soon. Purchases today are limited to two per customer.

For those who don’t want to wait in line, Apple started taking online iPad 2 orders on Friday. Those orders are expected to ship in two to three weeks. The iPad 2 is 33 percent thinner and 3 ounces lighter than the original iPad that debuted a year ago. So far, the iPad 2 has gotten great reviews, but most are advising original iPad owners not to upgrade. 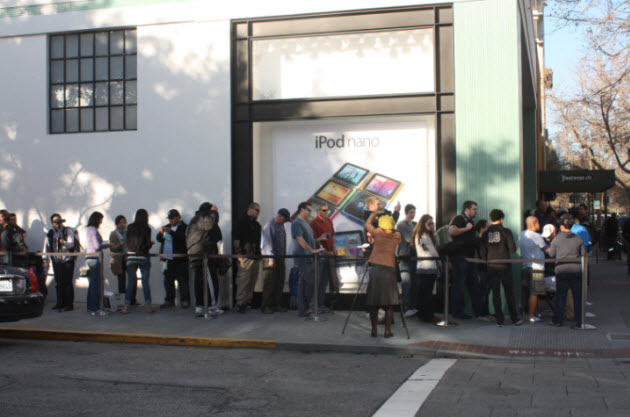 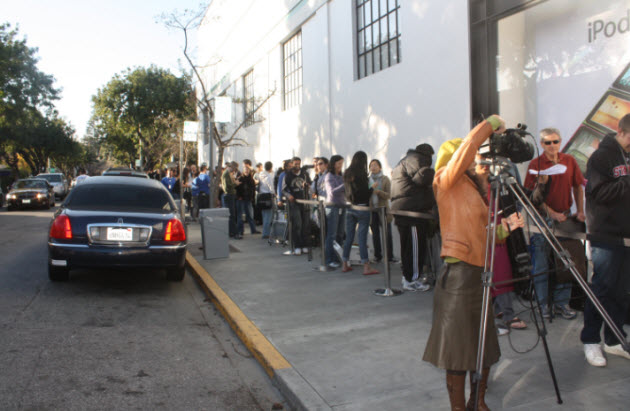 The line snaked around the corner. Apple employees handed out bottles of water. (You figure they can give that much back to fans who are willing to drop $499 to $829 on the iPad 2). 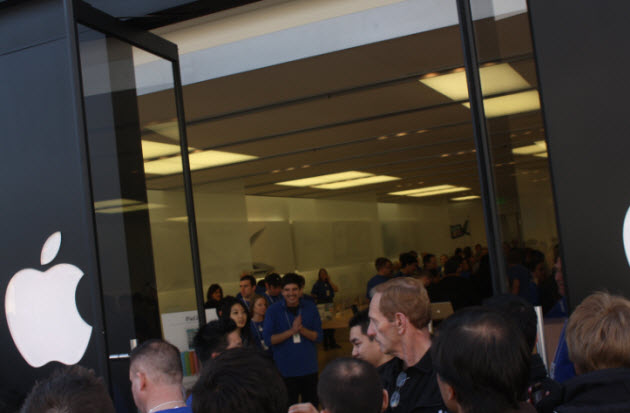 After a little cheering and a countdown, the doors opened and the crowd walked in.