A low-cost, long-term deal pairing Apple with metal giants Alcoa and Rio Tinto intends to eliminate greenhouse gases in manufacturing aluminum, the companies announced today. Named Elysis, the companies’ joint venture will be based in Canada, and the companies expect to commercialize the eco-friendly technology in 2024.

Aluminum is one of the most commonly used materials in Apple products, and also one of the company’s largest remaining sources of toxic emissions — a result of the metal smelting process. To make the process “carbon-free,” Apple will join the US$144 million joint venture, as well as offering technical support to its partners. The aluminum makers will cover the balance of the investment along with the Canadian and Quebec governments, which will see the new company locate in Montreal and open a research office within Quebec. Canadian Prime Minister Justin Trudeau, Quebec Premier Philippe Couillard, and Apple senior director Sarah Chandler attended the announcement in Saguenay, Quebec.

According to Apple, Elysis’ “patent-pending technology is already in use at the Alcoa Technical Center, outside Pittsburgh, and this project will invest more than $30 million in the United States.” The challenge at this stage is to “develop this technology further for larger scale production and commercialization.” 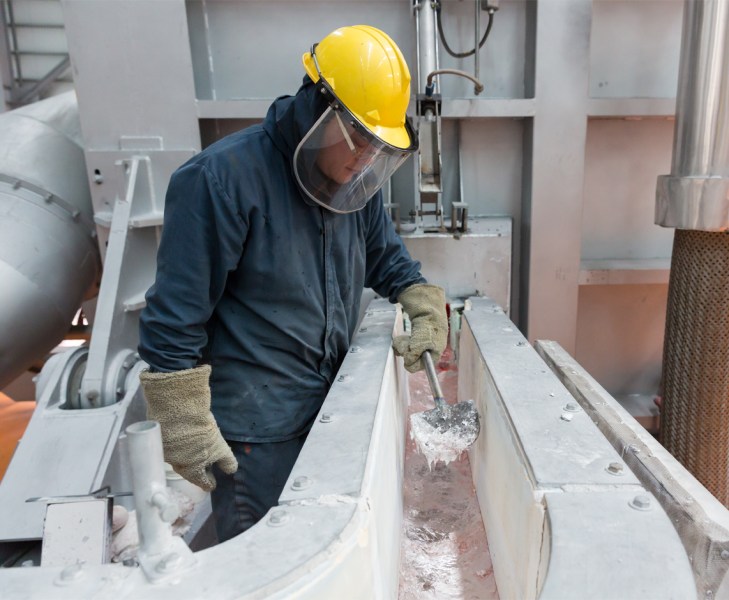 Above: The aluminum manufacturing process.

Over the past few years, Apple has become aggressive in publicly tackling environmental issues relating to its growing lineup of products, perhaps explaining why the company would disclose its seemingly modest involvement in a long-horizon venture like this. The U.S. dollar value of Apple’s investment is reportedly around $10 million, a raindrop compared with the $5 billion pool it has set aside for U.S. manufacturing investments over the next five years. It’s also substantially less than the $578 million Apple planned to spend on a failed joint venture to develop sapphire screen glass for its devices several years ago. Apple routinely acquires “smaller companies” at prices higher than its Elysis investment without disclosing its plans for their people or technologies.

But Apple’s eco-consciousness, combined with recent Trump administration environmental policy rollbacks and aluminum tariff threats, may have made this particular deal seem appropriate for public disclosure. In a statement today, Apple CEO Tim Cook said that the company “look[s] forward to one day being able to use aluminum produced without direct greenhouse gas emissions in the manufacturing of our products.”