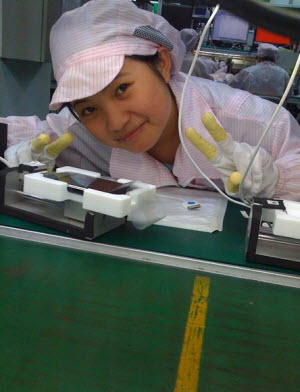 Apple, HP and Dell have issued statements that they’re evaluating why there have been multiple suicides at the Chinese manufacturing plant of their production partner Foxconn Technology Group.

Steve Dowling, spokesman for Apple, told Bloomberg that “we’re in direct contact with Foxconn senior management and we believe they are taking this matter very seriously.”

He added, “A team from Apple is independently evaluating the steps they are taking to address these tragic events and we will continue our ongoing inspections of the facilities where our products are made.”  Apple is “saddened and upset by the recent suicides at Foxconn,” he said.

Foxconn, a division of Hon Hai Precision Industry in China, is a long-term Apple supplier, making iPhones and other devices as well as many products for the likes of Hewlett-Packard and Dell. Dell said in a statement, “We expect our suppliers to employ the same high standards we do in our own facilities. We enforce these standards through a variety of tools, including the Electronics Industry code of conduct, business reviews with suppliers, self-assessments and audits.” HP also said it is investigating conditions at the factory, which became famous when an anonymous worker (above) accidentally left a photo on an iPhone that someone in the U.S. bought.

Foxconn has seen 11 suicide attempts this year, with four deaths during the past month. A Chinese newspaper, Southern Weekly, sent an undercover reporter to work at Foxconn’s factory in Shenzhen, China, to find out why. For 28 days, the reporter said there were appalling conditions that could put someone in the mind to commit suicide — including impersonal dorms, long hours for low pay, and repetitive jobs. About 400,000 people work at the plant.

Foxconn’s work environment got major exposure last year after an employee who lost a next-generation prototype iPhone jumped out of the balcony of a high-rise dorm. Foxconn has hired psychologists and spiritual guides to improve morale, and it has taken journalists on official tours of the factory.