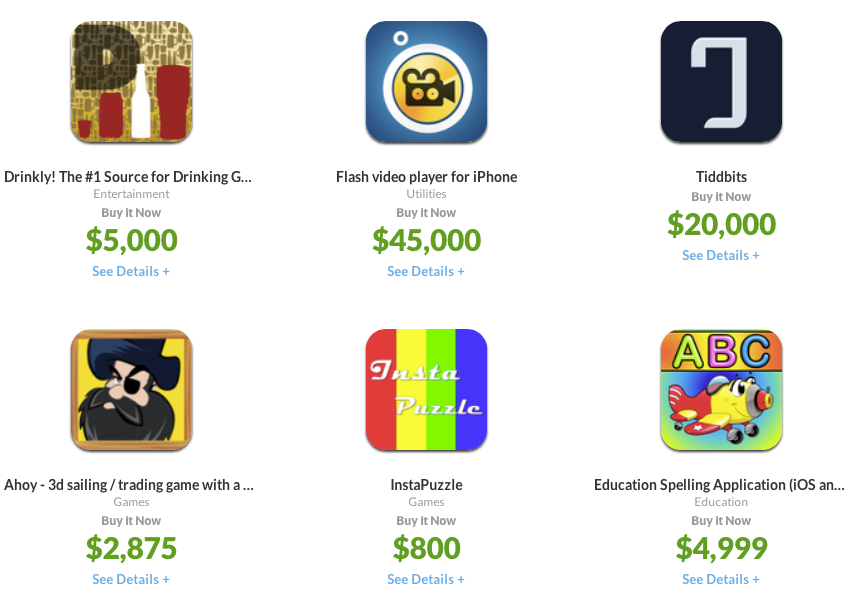 With over 300,000 mobile developers building 900,000 apps for the iOS app store, you would think that occasionally someone would want to sell or buy an app.

Last night, five years after the app store was born, Apple released a way to do that.

“This has been a major, major problem,” Apptopia founder Jonathan Kay told me today. “Anytime you launch an app to a store, your users were attached to the developer, and under no circumstances could those users move … so there was no ability for companies to buy competitors, and no ability to consolidate apps.”

Apptopia, of course, is a marketplace for buying and selling apps that has already facilitated the sale of $1.3 million of apps on Google Play, iOS, and Kindle, transferring 3.5 million users into the hands of new acquiring developers. 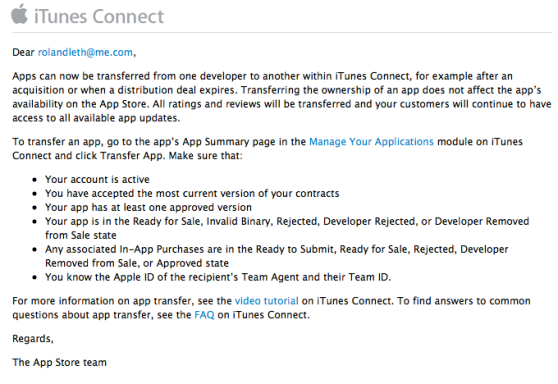 But iOS apps could only be moved from an individual developer to an upgraded company account, meaning that there was no exit strategy or liquidity for iOS app developers.

“We had our community reach out to Apple; we’ve been pushing on them so hard and showing them the process that Android has,” Kay says. “Last night they took our advice and built an unbelievable process for doing this.”

Transferring an app from one developer/company to another now simply requires that the owner changes the state of their app in iTunes Connect, notifies the acquiring developer, and accepts the transfer. Leaderboard rankings, users, details such as territories, and other things will remain unchanged. Now the new owner can push out updates to users, which — especially with Apple’s new auto-update functionality in iOS 7 — will help developers and brands integrate their new apps into their branded family of mobile solutions.

“We’ve already had a lot of large brands contact us and talk to us about this,” Kay says.

One example is Loreal, he said, which saw an app titled Suzy Salon with about 175,000 active users. Loreal could now buy that app, insert some of its branding, and simply allow the game to proceed as it did — while also sending a note about the newly acquired fashion game to its 1.5 million email subscribers.

“They don’t want to build it themselves,” Kay says. “They want to buy something and then build on top of it.”