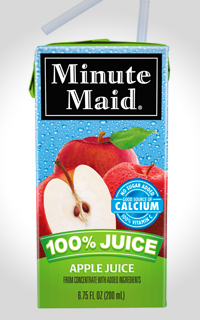 While Apple has issued an over-the-air software fix aimed at plugging the leak, many users are saying their phones are still losing juice at an alarming rate.

“The recent iOS software update addressed many of the battery issues that some customers experienced on their iOS 5 devices,” the company said in a statement to AllThingsD.

“We continue to investigate a few remaining issues.”

A couple weeks ago, Apple engineers began contacting new iPhone 4S customers to get more information about a possible defect in the device’s battery.

Even our own reporters were experiencing sudden and dramatic decreases in battery power when the phone wasn’t actively being used. As an example, one might fall asleep with a fully charged phone and wake up to find a stone-cold brick on the nightstand where one’s iPhone 4S used to be.

A few days later, Apple spoke up on the issue, blaming the software — in this case, iOS 5 — for the malfunction. At that time, an Apple rep told VentureBeat, “A small number of customers have reported lower than expected battery life on iOS 5 devices. We have found a few bugs that are affecting battery life and we will release a software update to address those in a few weeks.”

That update, iOS 5.0.1, rolled out yesterday. However, more than a few iPhone 4S owners took to the web to complain that the update had not, in fact, fixed their battery issues.

Some users are even saying on the company’s support forum that the update left their phones in “the same if not worse” condition.

We’ll see what Apple can cook up next to finally fix these persistent battery-life issues, and we’ll be sure to keep you updated.