It really should surprise no one that the first app Apple built for Android helps you ditch the platform.

In addition to launching iOS 9 today, Apple also released Move to iOS, a new Android app that helps users of Google’s mobile operating system switch to Apple’s mobile platform by moving their data for them. Aside from Beats Music for Android, which Apple acquired, this is the company’s first Android app — you can download it now from Google Play.

Update: The app is getting killed by one-star reviews.

Apple didn’t announce Move to iOS along with iOS 9 at WWDC 2015. Instead, the new app was quietly listed on Apple’s What’s new in iOS page that same day. 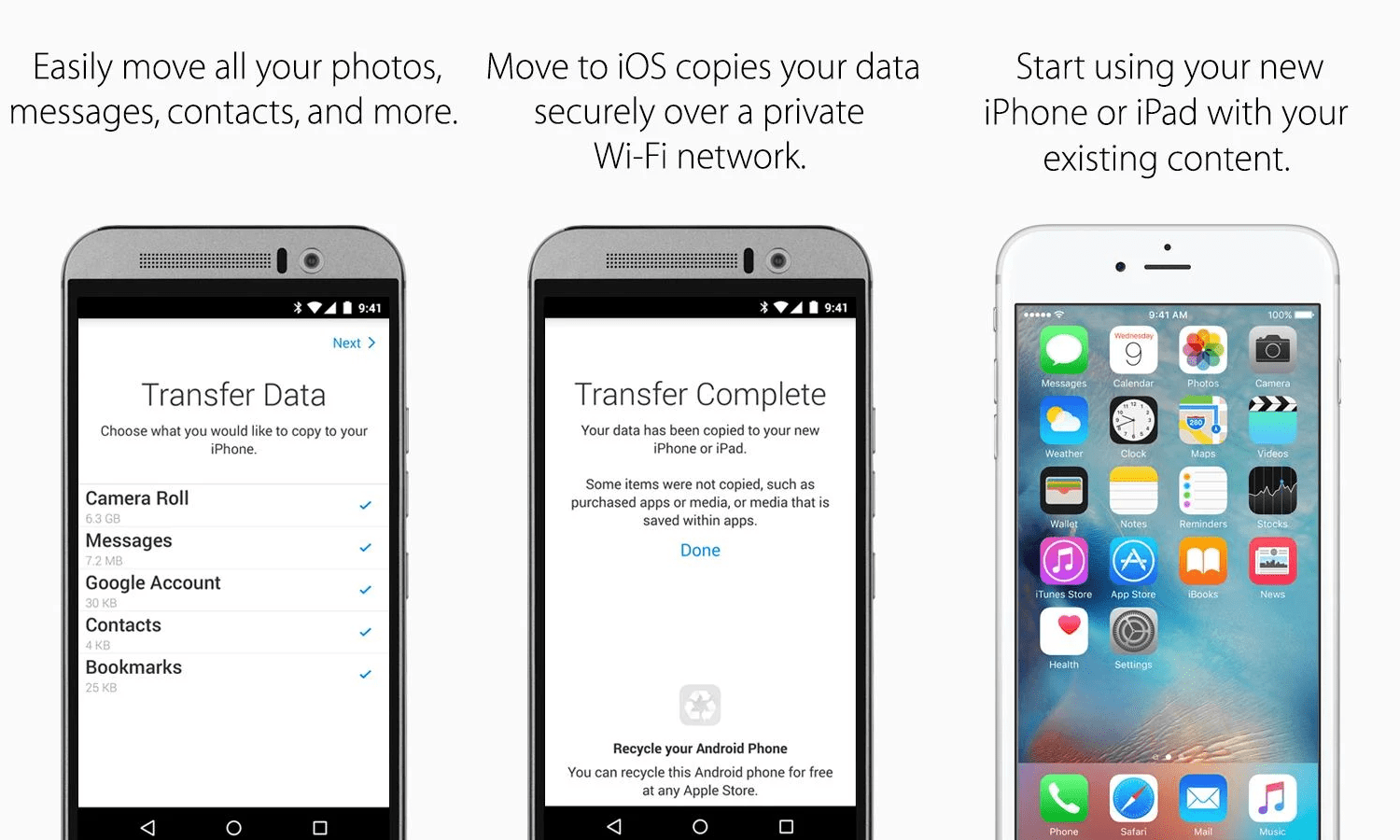 As its name implies, the app lets you migrate your content from your Android phone or tablet to your new iOS device. Move to iOS transfers contacts, message history, camera photos and videos, web bookmarks, mail accounts, and calendars.

A future version will be able to help users rebuild their app library. Your Android apps, or rather their iOS counterparts, will be automatically added to your iTunes Wish List. As long as the app exists on both platforms, regardless of whether you paid for it or not, Apple will suggest that you get it again.

In the app store description, Apple explains how Move to iOS works:

When you choose to migrate your data, your new iPhone or iPad will create a private Wi-Fi network and find your nearby Android device running Move to iOS. After you enter a security code, it will begin transferring your content and put it in the right places. Just like that. Once your content has been transferred, you’re ready to get going. iOS will also set up your default mail account.