Apple has requested and received permission from the Eurasian Economic Commission (EEC) to market previously unknown iPad models, reports Consomac (via AppleInsider). This is a regulatory step that typically signals a release of new hardware within one to two weeks. Dated February 19, the EEC’s list mentions A1893 and A1954 models of Apple tablet computers running iOS 11, models that do not correspond to existing iPads.

Rumors of new iPad models are fairly continuous, as Apple has been known to release updated tablets anywhere from March through September. The September 2015-vintage iPad mini 4 is the company’s oldest model, but the $329 9.7-inch iPad released in March 2017 seems most likely to receive an update. Questionable rumors late last year suggested that Apple was considering a $259 version of the 9.7-inch model to maintain iPad sales in the face of declining demand. 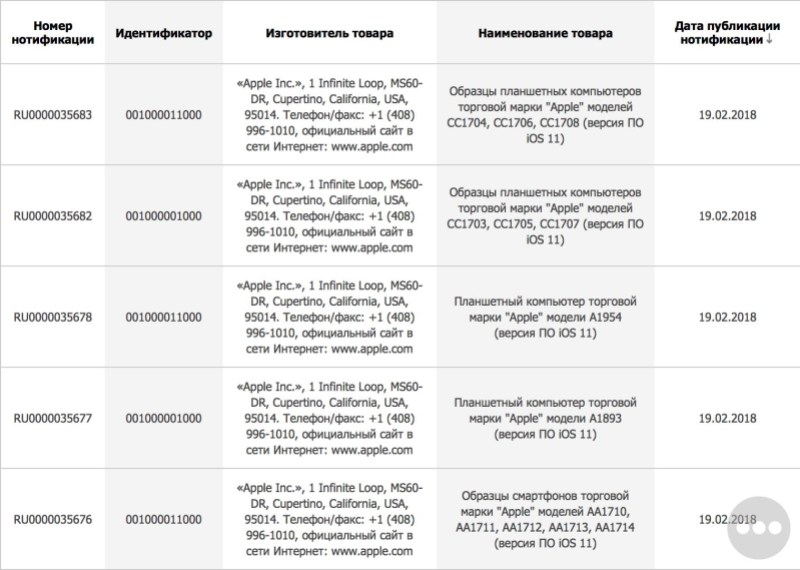 The EEC filing provides no further detail on the A1893 and A1954 models, but it should be noted that Apple typically releases two versions of each iPad: one with cellular capabilities, the other without cellular, and each with its own model number. Consequently, there’s a decreased likelihood of those model numbers representing both an iPad and an iPad mini, or two different models of iPad Pro. As Consomac notes, the filing also contains additional tablet models preceded by CC, and iPhone models starting with AA, which do not conform to standard Apple model naming conventions.

Apple updated the 12.9-inch iPad Pro and replaced the 9.7-inch iPad Pro with a 10.5-inch model last June. The company generally does not replace devices until at least a year after initial introduction. References to an unreleased “Modern iPad” in beta versions of iOS 11.3 are thought to reference a fully redesigned iPad Pro model with Face ID, akin to the iPhone X.