According to a research note that Topeka Capital Markets analyst Brian White issued today, Apple will be launching a massive series of ground-breaking TV products later this year. But will they be enough to shake AAPL out of its doldrums? 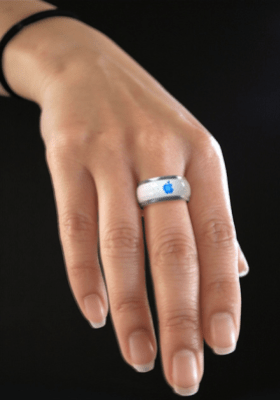 They also sound very very cool and compelling, and perhaps just the thing Steve Jobs was talking about when he told biographer Walter Isaacson that he had “cracked” the essence of the TV experience.

According to White, who says he learned this information at least partially by checking with component suppliers in Asia, “the ‘iTV’ ecosystem represents a major innovation for the $100 billion LCD TV industry that will revolutionize the TV experience forever.”

That’s a mark in the rumor’s favor, actually, in two ways.

Apple needs to revolutionize something, soon. After the computer (arguable, I know), the phone (not so arguable), and the tablet, Apple needs new device markets to reinvent. While still huge and critical, the phone and tablet markets have major competition at lower price levels and similar sophistication levels, meaning that profits are going to be drained from that swamp.

With Apple stock at year-long lows and analysts attacking the company almost daily, Apple needs something to reinvigorate itself.

And, Apple needs to approach markets with an ecosystem point of view. That’s exactly what won it the smartphone market and tablet market, and that’s the only way to build a somewhat defensible moat against the competition that inevitably arrives in any hot new space.

That all said, there are major challenges here.

TV is a massive market, with massive competitors — including Apple arch-rival Samsung. And it depends heavily on wealthy, entrenched enterprises with interests in content creation and transmission … and interests in maintaining control of those activities. Even more of a challenge, the TV market is commoditized, with little profit on the device side.

In addition, these rumors have been coming for so long that an Apple HDTV is almost a joke. Piper Jaffray analyst Gene Munster, for one, has been predicting the Apple TV since 2009, continuing in 2012. We have yet to see the product, and it’s a challenging one to anticipate, not least because Apple has an Apple TV set-top product, which tends to cloud the waters in conversations with suppliers and analysts.

So a good dose of skepticism is well-advised.

But where there is smoke, there’s often fire. And, of course, Apple has done this before. The above description of the TV market would have been a pretty good view of the mobile market before iPhone. And, as someone who wants to see Apple tackle massive challenges and innovate hidebound industries, I hope the rumors are true.

Certainly the timing is right for a 2013 Black Friday and Christmas shopping schedule.