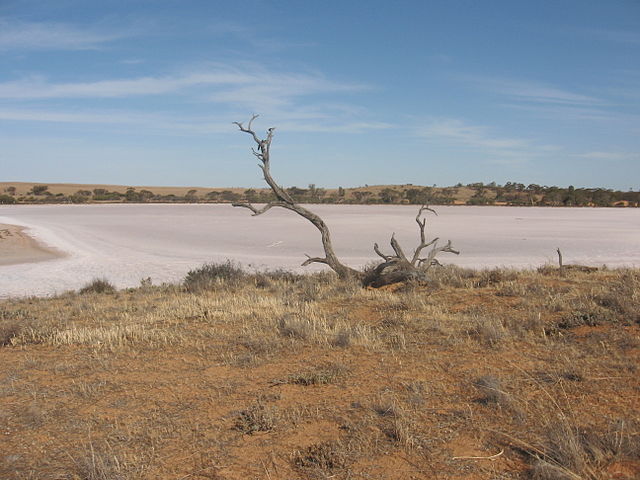 Whatever problems you’ve had with Apple’s Maps application in iOS 6, it’s probably not nearly as bad as what some Australian motorists have experienced. Several drivers were led to the middle of a national park with scorching temperatures and no water.

A recent warning from Victoria, Australia police notes that people looking for the city of Mildura are actually getting sent into the middle of Murray Sunset National Park (above), which is around 70 kilometers away from the city. 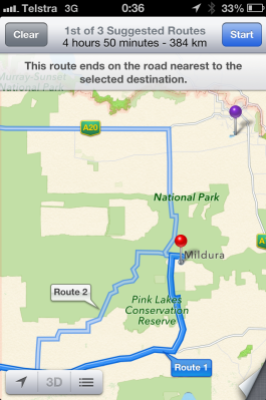 “Police are extremely concerned as there is no water supply within the Park and temperatures can reach as high as 46 degrees, making this a potentially life threatening issue,”  Victoria’s Acting Senior Sergeant Sharon Darcy noted in the warning. “Some of the motorists located by police have been stranded for up to 24 hours without food or water and have walked long distances through dangerous terrain to get phone reception.”

The news shows an extreme and dangerous example of how Apple fudged its mapping roll-out — something that reportedly led the company to boot former executive Scott Forstall. In addition to inaccurate directions, Apple Maps’ 3D rendering featured plenty of glitches at launch, including the absence of major landmarks like the Statue of Liberty.

Like many people, I’ve had plenty of issues with Apple Maps. Searching for Chinese restaurants has sent me to locations in China, and a recent search led me to an address several blocks away from my actual destination. But at least I wasn’t stuck in the middle of a desert.

Officer Darcy notes that police have been in touch with Apple about the issues, but for now they’re recommending alternative map applications.