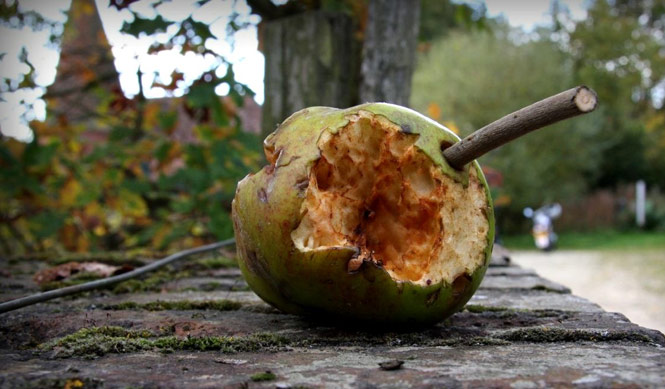 When the Hoover Dam in your satellite images looks like the Marlboro Man’s drooping cancer stick after his bout with lung cancer, you know you’ve got a problem.

It’s never easy to replace a major and popular app. Pulling out Google Maps and replacing it with Apple’s own Maps application was always going to be a risky move, but risky becomes potentially disastrous when entire websites spring up showcasing your failures and you have the original app — created by one of your key competitors and sworn enemies — stuck on ice in bureaucratic hell. 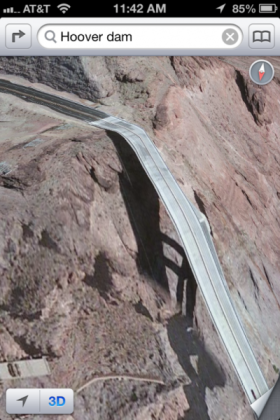 Above: The Hoover Dam, according to Apple’s Maps app

Aka the app store approval process.

Apple preached patience in a statement the company sent to VentureBeat, saying:

“Customers around the world are upgrading to iOS 6 with over 200 new features including Apple Maps, our first map service. We are excited to offer this service with innovative new features like Flyover and Siri integration, and free turn by turn navigation.

We launched this new map service knowing that it is a major initiative and we are just getting started with it. We are continuously improving it, and as Maps is a cloud-based solution, the more people use it, the better it will get. We’re also working with developers to integrate some of the amazing transit apps in the App Store into iOS Maps.

We appreciate all of the customer feedback and are working hard to make the customer experience even better.”

In other words: We’re aware that there are some problems. Give us some time. Maps is going to improve.

But that really doesn’t cut it.

If you launch an app in public beta, sure, you have some leeway for error, and yes, some tolerance for problems. But when you replace the most popular mapping service on the planet with your own app, without asking permission from users or even inquiring into their preferences, you don’t get the benefit of the doubt.

It’s got to be perfect, from day one.

Unfortunately, that is far from the case, and Apple is now paying the price.

But that’s not the worst part. The worst part is, as The Guardian is suggesting and 9to5 Mac is confirming, that a new and stand-alone version of Google’s Maps app has already been built, and submitted, to the Apple app store, where it is awaiting approval.

We all know how long that can take when Apple feels that an app competes with its own offerings. And it seems odd, to say the least that, after having been the default mapping service for years, Google now has to line up, hat in hand, to beg for approval. I asked Google for a comment, and a representative simply said:

iPhone users can access Google Maps in their mobile browser at http://maps.google.com where they can have Directions, Transit information, My Maps, Starring, Search History and more. Since this is a browser-based version it is limited in its capabilities but does offer a comprehensive, accurate and usable map experience. This experience was launched just about one year ago.

Since the launch of Android, Google and Apple have increasingly had divergent corporate interests. That’s understandable. But Apple’s first and foremost mission has always been to put users first.