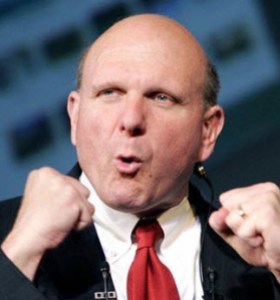 Bankrupt telecom company Nortel Networks announced on Friday that it had sold its juggernaut patent portfolio to a consortium made up of the likes of Apple, Microsoft, and RIM for a hefty sum of $4.5 billion cash.

“The size and dollar value for this transaction is unprecedented, as was the significant interest in the portfolio among major companies around the world,” said George Riedel, Chief Strategy Officer and President of Business Units at Nortel, in a statement.

The consortium—which also includes Sony, Ericsson, and EMC—will now have access to more than 6,000 patents that relate to all manner of technologies, including 4G LTE wireless capabilities, Wi-Fi, semiconductors, and social networking. The six companies beat out Google and Intel, which were both also bidding.

The exact breakdown of which company paid what price in the agreement is unclear at this time. But at the very least, we do know that RIM ponied up $770 million, while Ericsson paid $340 million.

Apple, Microsoft, and RIM will likely be able to use to the patents to shore up their reserves and protect themselves from other lawsuits. Apple, for example, has been in a bitter infringement suit with Samsung since April.

Google is the biggest loser in the sale, as it wanted the patents to help fend off lawsuits and infringement cases associated with its Android mobile OS. Google was even the first bidder on the patents with a $900 million bid. Intel also lost, but the stakes for the company were far less than Google’s.

“No major industry player is as needy in terms of patents as Google,” wrote Florian Mueller of FOSS Patents. “There are already 45 patent infringement lawsuits surrounding Android and makers of Android-based devices have to pay royalties to dozens of right holders.”

Nortel filed for bankruptcy protection in January 2009, and since then it has been selling off its assets. The $4.5 billion deal will be official as long as it receives approval from Canadian and U.S. courts, which have scheduled a joint hearing for July 11.

Update: Google sent us an official statement concerning the purchase of the Nortel patents by Apple, Microsoft, RIM, and company:

“This outcome is disappointing for anyone who believes that open innovation benefits users and promotes creativity and competition. We will keep working to reduce the current flood of patent litigation that hurts both innovators and consumers.”