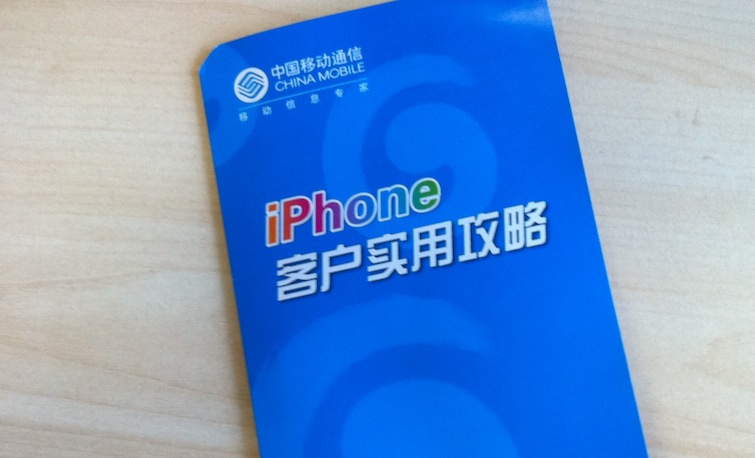 Will the iPhone 5 be coming to China Mobile’s 700 million subscribers? Apple needs this, sure, but make no mistake: China Mobile needs it just as bad.

China is the world’s largest market for smartphones, edging out the U.S. in July of 2012 to take the crown. But the country’s biggest carrier, China Mobile, does not yet officially carry the iPhone, despite the fact that probably tens of millions of its customers have purchased Apple’s smartphones elsewhere, jailbroke them, and are using them on its network.

But the need to jailbreak an iDevice to get it to work on China Mobile may soon be over, as Tim Cook and China Mobile chairman Xi Guohua met today to discuss “matters of cooperation,” according to Reuters.

And both companies need each other. Badly.

Apple needs to grow, and while it has had a great past few months domestically — rising over 50 percent market share stateside — global market share is another matter entirely, as 75 percent of all new phones are being activated in Asia and Africa. China is the world’s most populous country, buys the most smartphones, and has the most cellular subscribers, and China Mobile’s 700 million subscribers could easily become tens of millions of Apple customers — if Apple can do the deal.

Meanwhile, China Mobile might be the queen of carriers right now, with that massive subscriber base, but the company has its own issues.

China Mobile’s share of the most lucrative customers is dipping, with a seven percent 3G subscriber market share loss in 2012. The company’s situation is analogous to Japan’s NTT Docomo. Docomo, long the digital darling of mobile carriers and Japan’s premier mobile telecom, is losing subscribers at a record rate due to its easily-solvable lack of iPhonicity.

Simply put: iPhone subscribers are the most valuable segment of telecom markets. By missing out on this segment, China Mobile is hurting its own profits and benefiting its competitors, who do carry the iPhone.

But 700 million subscribers is a very nice little cherry indeed, and it sounds like China Mobile will not do a deal without significant concessions from Apple — possibly including a share of app store revenue, something Apple has never done before and is unlikely to do today.

These two companies have been talking since 2009. Now is the time for both of them to do a deal, for both their sakes.