While the official launch of Apple’s subscription service for news is expected at a March 25 event in Cupertino, dialog boxes and hooks for the service have just been discovered in the latest beta release of macOS 10.14.4. The new service is expected to be called Apple News Magazines, and as expected, appears to be heavily based upon the all-you-can-read Texture magazine service Apple acquired last year.

Developer Steve Troughton-Smith’s screenshots of the new service seemingly confirm several aspects of the offering. In exchange for paying a monthly subscription fee, users will be able to choose from a large collection of magazines, selecting specific ones for a list of “My Magazines” to actively watch. Apple’s News app will display notifications when new issues are available — group notifications with multiple issues’ titles, and individual notifications specific to followed publications, complete with a brief text blurb to encourage reading.

Previous reports have suggested that Apple will collect a monthly fee of around $10 for the service, keeping roughly half for itself and dividing the rest between each subscriber’s publications. The company is expected to compensate publications based on the relative amount of time readers spend with their articles, which for monthly magazines could make pop-up notifications particularly important to generating continued interest.

The leaked notifications list the magazines National Geographic, Bon Appetit, and Fast Company, without any explicit reference to newspapers — though the leaks are certainly not representative of the full list of early participants. Last month, a report suggested that the Wall Street Journal, New York Times, and Washington Post might hold off on signing up for the new service due to Apple’s compensation and subscriber terms, raising the question of whether the service will be solely for magazines or include newspapers as well. 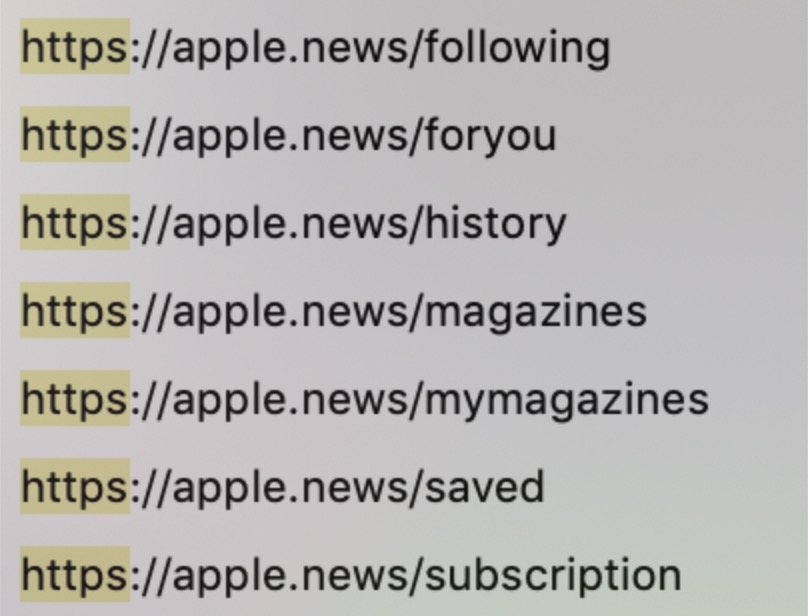 Texture previously included access to over 200 magazines from Condé Nast, Hearst, and Meredith, and worked on iOS devices, Android devices, and Amazon’s Fire HD tablets. As a feature of the Apple News app, which works on iOS and macOS devices, Apple News Magazines is likely to be available across iPads, iPhones, iPod touches, and Macs; it’s unclear whether subscriptions will also appear on non-Apple devices.