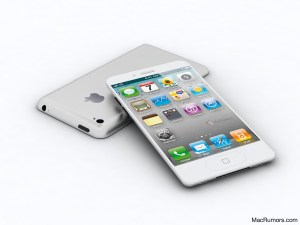 The iPhone 5 rumor train chugs along briskly, as Apple is reportedly upping orders of iPhone units by 13 percent for the second half of 2011. 26 million of those units will be the much-anticipated “iPhone 5,” according to Digitimes.

Apple, not surprisingly, did not respond with official comment.

For the second half of 2011, the company originally scheduled 50 million iPhone units for production, including 3GS, 4, and 5 models. But with demand (and hype) growing, the company upped that to a total of 56 million units.

With the second-half count of 56 million units included, Apple expects to ship 95 million iPhones in 2011.

It’s important to keep in mind that these are unconfirmed numbers, but Digitimes has been accurate often in the past and these projections make sense with other recent iPhone 5 rumors. An AllThingsD report a few weeks ago said the iPhone 5 will be released in October rather than September as originally expected. This would mean Apple plans to have 6 million units for sale in the first weeks of its release and then, during the holiday season, it plans to sell another 20 million units.

Are you excited about the iPhone 5? Will you buy one in its first week of release or wait until the holidays?