Apple CEO Tim Cook announced during the company’s “More in the Making” event in New York City that Apple has hit a new milestone: 100 million active Mac users. He added that 51 percent of Mac buyers are “new to Mac” and noted that in China that figure is 76 percent, highlighting growth in the world’s most populous country.

The latest worldwide PC shipment numbers — for Q3 2018 — showed Apple in fourth place (according to Gartner) and in fifth place (according to IDC). In the U.S., Apple was also in fourth place. But that’s quarterly shipments — Apple today is talking about active Mac users, a figure it doesn’t talk about often. By comparison, there are about 1.5 billion active Windows PCs. 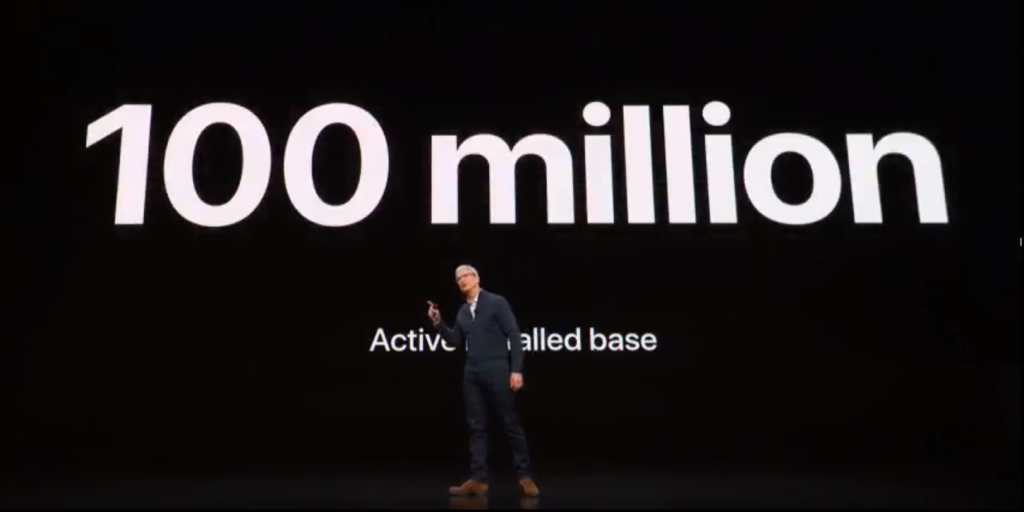 Cook also touted how much Mac users love their Macs, as he does with every Apple product. “In survey after survey, the Mac continues to be rated number one in customer satisfaction,” Cook said onstage.

Apple said that in January 2016 it had 1 billion active devices overall. The 100 million figure is thus notable, but is naturally dwarfed by the company’s mobile operating system.

Last month, at Apple’s Gather Round event, Cook shared that the company was about to pass 2 billion iOS devices. “We’re about to hit a major milestone,” Cook said onstage. “We are about to ship our 2 billionth iOS device.”

Also last month, Apple released the latest version of its desktop operating system: macOS Mojave. The company has taken a long time to refresh its Mac lineup — at today’s event, it attempted to rectify that by unveiling new Macs running Mojave out of the box: the MacBook Air with Retina display and the new Mac mini.