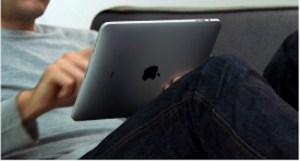 Apple is adopting a more aggressive strategy toward iPad shipments that should ensure the device is free of delays in the immediate future.

Apple is storing up inventory of components needed to build its iPad 2, according to a Digitimes report. Component suppliers such as LG Display, Catcher Technology, TPK Holdings and Radiant Opto-Electronics Corporation are all expected to benefit from the increased orders.

Apple plans to ship 12 to 14 million iPad 2 units in the third quarter — up from 7 to 9 million units in the second, according to the report.

The second generation of Apple’s iPad has seen delays since its launch in March 2011. The first delay was due to component shortages, while the second was caused by a major explosion at a Foxconn plant in China that assembles many of Apple’s devices.

The more aggressive iPad shipment strategy could discourage further speculation that Apple is planning a third generation of the device before the end of 2011.