Apple announced today that it will add over 70 new emoji to its 2018 operating system releases, enabling iOS 12, macOS Mojave, and watchOS 5 users to further customize the hair and expressions of the popular messaging icons. The new emojis are based on characters approved for Unicode 11.0, and are promised “later this year in a free software update.”

Emoji users already have the option of choosing from multiple skin tones and hair colors, but will now be able to choose from red hair, gray hair, and curly hair, as well as icons for bald people. New facial expressions will include an icy blue cold face, a celebrating party face, a face with hearts, and a puppydog-eyes style pleading face. Basic male and female superhero characters are also being added, as well. 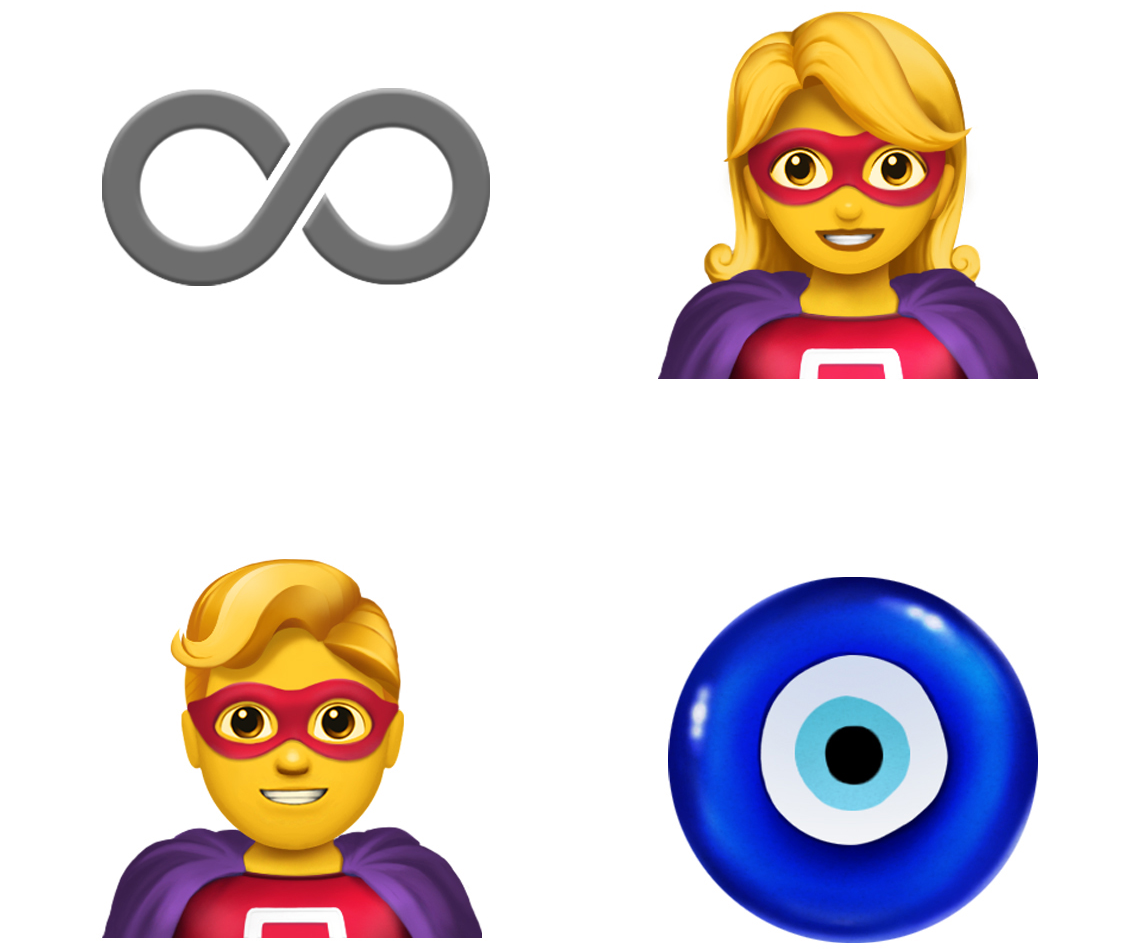 New kangaroo, lobster, peacock, and parrot animal emojis are being added, alongside a cupcake, Chinese moon cake, mango, and bok choy-like lettuce. New sports and symbols are also said to be launching later this year, including a softball, an infinity symbol, and a nazar amulet, among others.

Earlier this year, Apple proposed new emojis to represent people with disabilities. It added “hundreds” of new emojis last year in iOS 11.1, a point release to the September 2017 iPad, iPhone, and iPod touch operating system, as well as similar macOS and watchOS updates.

The additions will be available for iPhone, iPad, iPod touch, Apple Watch, and Mac owners. It’s unclear whether they will launch alongside the latest Apple operating systems in September or get added in a subsequent point release.