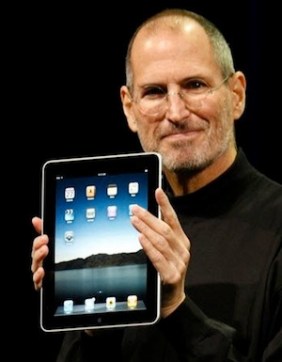 For developers, it was Apple’s way or the highway. It seems like that highway seems more appealing every day.

The team behind iPhone app Readability issued a biting public response to Apple after its application was rejected because it did not use Apple’s in-house in-app purchase service. Readability is one of a number of mobile applications on the iPhone operating system that used an external subscription for the app — which lets web surfers strip away ads and other content and view just the text.

There was a lot of unrest when Apple first announced its new subscription plan, which hit applications ranging from Readability to the incredibly popular Amazon Kindle app, which includes a link to buy books for Kindle. The uproar since died down, but Readability might be the first company that works this close with Apple (Readability appears in Safari) to publicly trash the new service.

Subscriptions represent a “sliver of a sliver” of revenue for Apple, said Richard Ziade, Readability’s creator. It’s true — most of Apple’s revenue comes from iPhone, iPod and iPad sales. Apple brought in $26.7 billion in revenue in the fourth quarter last year, and only $1.1 billion of that came from the iTunes store — which includes app sales and in-app purchases.

Meanwhile, Google continues to welcome developers with open arms. While the iPhone has the largest app store, Google recently overtook Nokia and other phone manufacturers with the largest mobile operating system market share. And despite a few hiccups with the application approval process, most apps make it onto the Android Marketplace without having to pass through anything like Apple’s black-box approval procedure. Google also launched a more publisher-friendly Google One Pass that will allow publishers to sell subscriptions with better terms than they can get with Apple. And Google is only taking a 10 pecent share of the revenues.

The new Apple policy feels like a greedy move by Apple to gobble up some additional revenue, Ziade said. He suggests that Apple still hand out 70 percent of the revenue it receives from its stake in the subscription share to publishers, as Readability does. But Apple rarely budges, even when developers or consumers throw up their hands in frustration and outrage over changes in the terms of service. When the company does make a change, it takes a long time and a needs a lot of convincing.

iPhone and iPad developers have put up with a lot from Apple, and it’s unclear if the new subscription plan will be the final straw for developers across the board. But for Ziade, and for Readability, it looks like enough is enough.