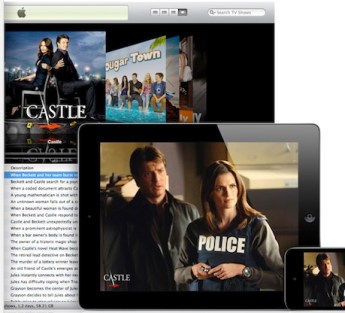 Apple’s iOS 4.3 update for the iPhone and iPad has officially landed, bringing with it new features like improved support for AirPlay media streaming, and WiFi hotspot capabilities that let you share your mobile internet connection with other devices.

Apple first unveiled the update last week with the launch of the iPad 2. It will support the iPhone 4, iPhone 3GS, later generation iPod Touchs, and both the iPad and iPad 2 (which will ship with the update, but won’t support WiFi hotspots). Strangely, Apple isn’t offering the update for the Verizon iPhone 4 yet, likely because that device is running a slightly updated version of iOS 4.2 that already includes the hotspot feature.

That the Verizon iPhone is left out of this update tells us that Apple may also have to deal with similar fragmentation issues that’s currently plaguing Android devices. Since there are so many different Android devices out there, Google can’t easily roll out updates to all of them, and developers have to be careful about implementing features that aren’t supported on certain devices. The Verizon iPhone will most likely get iOS 4.3 in a few weeks.

The hotspot will allow five devices to share your iPhone’s network connection, but only three devices will be able to do so over WiFi; the other two will have to make do with a USB or Bluetooth connection. As for AirPlay, the update will allow apps and websites to stream video to the Apple TV wirelessly from your iPhone and iPad, in addition to just streaming media.

Here are some other new features that will be included in iOS 4.3: