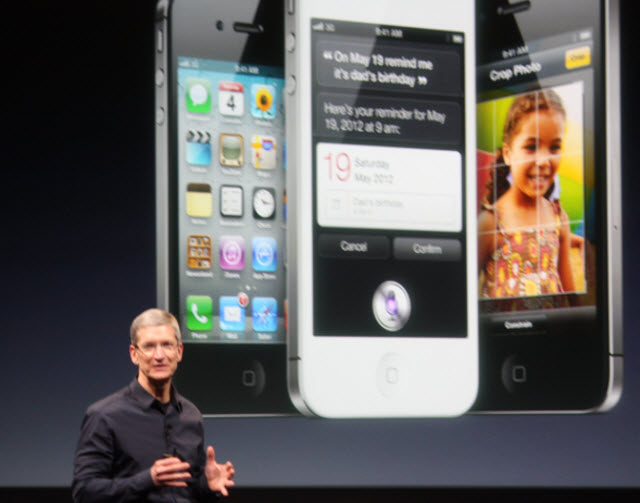 Apple’s press conference ended moments ago without an iPhone 5 announcement. Instead, the company said it would launch an iPhone 4S on Oct. 14. That phone has a lot of cool new features and a speedy new A5 processor, but it isn’t the next-generation iPhone 5 that many were expecting. 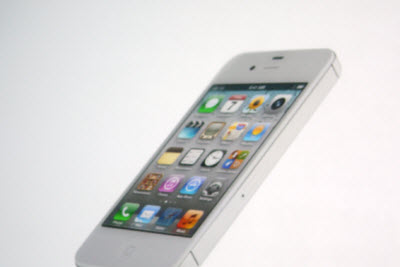 The big star of the event, as a result, wasn’t the new phone at all. Rather, it was Siri. The iPhone 4S includes a voice assistant with artificial intelligence built into it called Siri. You can talk to the phone in a natural way and it speaks answers right back to you in a friendly computerized voice.

Apple acquired Siri, a startup spun off by SRI, for an undisclosed price last year. It has now integrated Siri and many of its functions into the iPhone 4S. The virtual assistant can do simple things like look up a contact or tell you the weather. It also understands you when you speak in a conversational manner. You can ask it to “find the best Greek restaurants in Palo Alto” and it will speak the answer, using ratings from Yelp. Then, upon request, it can make a reservation and invite one of your friends to join you there. 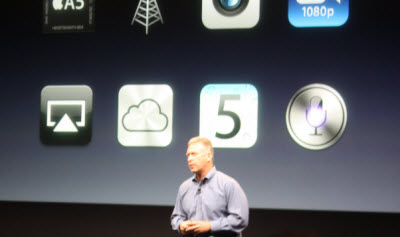 That is pretty cool technology, but it may be seen as letdown by those who were expecting a more radical iPhone upgrade with better features, such as faster data service with true 4G service. The new iPhone 4S has HSDPA data service, which can download data at 14 megabits per second and upload it at 5.8 megabits per second.

The iPhone 4S also has a pretty nifty camera, which has an 8 megapixel sensor and a resolution of 3264-by-2448 pixels. That is 60 percent more pixels than the iPhone 4 camera sensor. It also takes pictures 33 percent faster and can gather 73 percent more light per pixel.

The iPhone 4S looks exactly like the last model, but has features that distinguish it from the iPhone 4. This iPhone works with both the GSM and CDMA wireless protocols, so you can take it with you around the world and still get service, mainly by switching from one network to the other. The iPhone 4S antenna is also designed to give you better reception.

Consumers are likely to react to the release with some confusion as well. Should they buy a new iPhone 4S now, or wait for an iPhone 5? 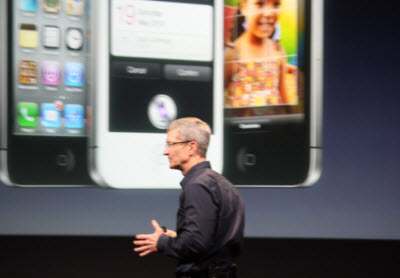 The iPhone 4S will be available on Sprint in addition to Verizon and AT&T. It’s possible the latter two carriers may have tried to head off Sprint’s rumored iPhone 5 exclusive at the last minute, causing Apple to cancel the iPhone 5 announcement, if it existed. In any case, it is a victory for Sprint that it will finally be carrying an Apple iPhone.

The old iPhone 4 will now sell for $99 and the iPhone 3GS will be available for free with a two-year contract. Preorders for the iPhone 4S start on Oct. 7 and delivery begins on the 14th.

In other matters: Apple updated the iPod line with a cheaper and more functional Nano and a new version of the iPod Touch with a better camera.

Tim Cook, chief executive of Apple, rattled off a bunch of statistics and sales numbers. He said Apple has sold more than 250 million iOS devices and users have downloaded more than 18 billion apps.