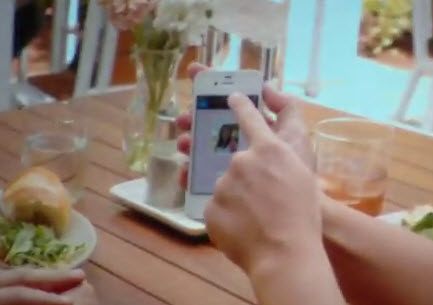 Apple today announced more details and a release date for its new iCloud service, which allows iOS users to store content such as music in web-connected data centers, also known as the cloud.

Finally making its debut on Oct. 12, iCloud will work on mobile devices running iOS 5 and Mac computers running OS X Lion. It can also sync with Outlook on Windows computers. The service will let you access all of your data on up to 10 Apple devices, including Macs, iPads, iPhones and iPod Touches. You can back up data automatically to the cloud from your devices, such as photos, settings, documents, videos and text messages.

Music lovers have another option for remote storage. The new iTunes Match service allows you to access your entire iTunes collection in the cloud for $25 a year. That means that you can buy a song once on your Mac and then listen to it on your iPhone or iPod Touch. You don’t have to manually sync the devices anymore through a cable. You download a song on one device and it instantly downloads to all of your other Macs or iOS devices. You can pick up where you left off in a document. iCloud will even let you save your spot in a game and jump right back in on another device later.

“It’s a smart move on Apple’s part,” said Dave Castelnuovo, head of Bolt Creative, maker of the mobile game Pocket God. “It’s going to be a huge plus for games where you can access saved games, watch your games on a big screen, and let you share things more easily.”

iCloud will allow game developers to create multiplayer options in their games since they can rely on Apple to handle the server infrastructure. A feature known as Photostream will allow users to automatically send photos to and from iCloud enabled Apple devices. Calendars will also sync with iCloud.

Eddy Cue, Apple’s senior vice president of internet software and services, said that iCloud and accompanying iTunes Match service (where you can access your iTunes in the cloud) would be rolled out across the globe over time. Right now, iCloud will debut just in the U.S. and iTunes Match will be ready at the end of October.

For more on how iCloud works, watch this video about the service that Apple showed today.