In line with plans announced last week at the Apple event introducing iPhone X and other products, the company today began to roll out iOS 11 to iPhone and iPad users.

Developers and members of the public have participated in public betas of the operating system since June, but Apple is now making iOS 11 available to all compatible iPads and iPhones. As Apple begins requiring that apps be compatible with 64-bit processors, most phones or tablets released in recent years will get the update — with the exception of the iPhone 5 and iPhone 5c, as well as the fourth-gen iPad, all released in 2013 or earlier. 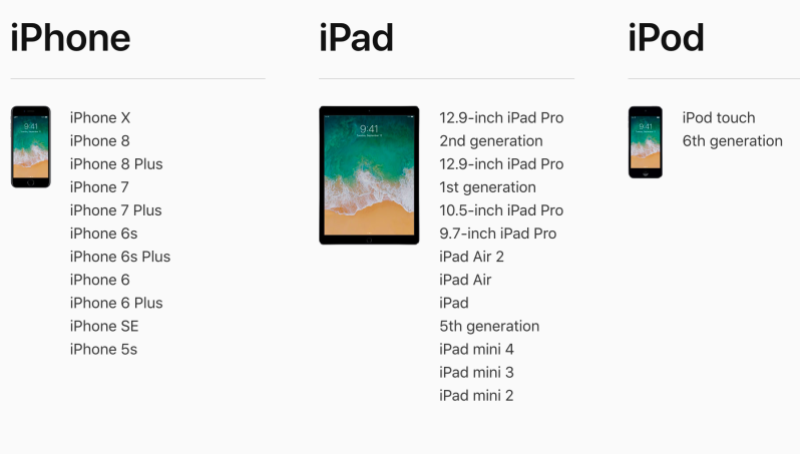 The launch of iOS 11 was announced last week at the first-ever event held at the Steve Jobs Theater at Apple headquarters in Cupertino, California. The iPhone X, iPhone 8, and 8 Plus all made debuts at the event, as did Apple TV 4K and Apple Watch Series 3.

The new edition of iOS comes with a boatload of new features you should know about, including more personality for Siri, a new App Store, augmented reality games, and emojis that can track your face. 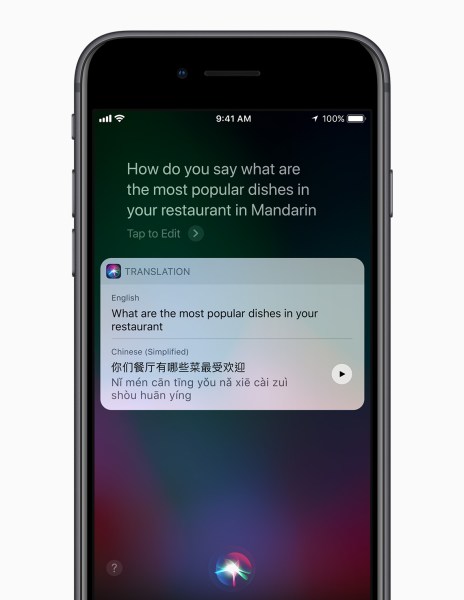 Above: Siri translations in iOS 11

New Siri: In iOS 11, the AI assistant will be able to perform on-the-spot translations, starting with translations from English to Mandarin Chinese, Spanish, Italian, French, and German.

Siri’s male and female voices will also be more expressive in iOS 11. Apple has made Siri’s voice sound more natural by using Apple’s algorithms and a process that identifies the particular sounds people make (called phonemes) when they pronounce a word in natural language.

The SiriKit, which developers can use to connect an app with Siri, is also getting upgrades to enable payments and answer questions about your personal finances, interact with productivity apps like Todoist, and scan QR codes using your voice.

Siri will also begin to make recommendations in native Apple applications, like recommending stories to read from News search results in Safari based on your reading habits. Confirm a flight or reservation in Safari and Siri will automatically add the event to your calendar.

Siri also has a mildly refreshed look, now appearing as a floating orb when speaking to you.

Files app: The Files app gives you access to files stored locally on an iPhone or iPad or with cloud services like Microsoft OneNote, Google Drive, or iCloud Drive. 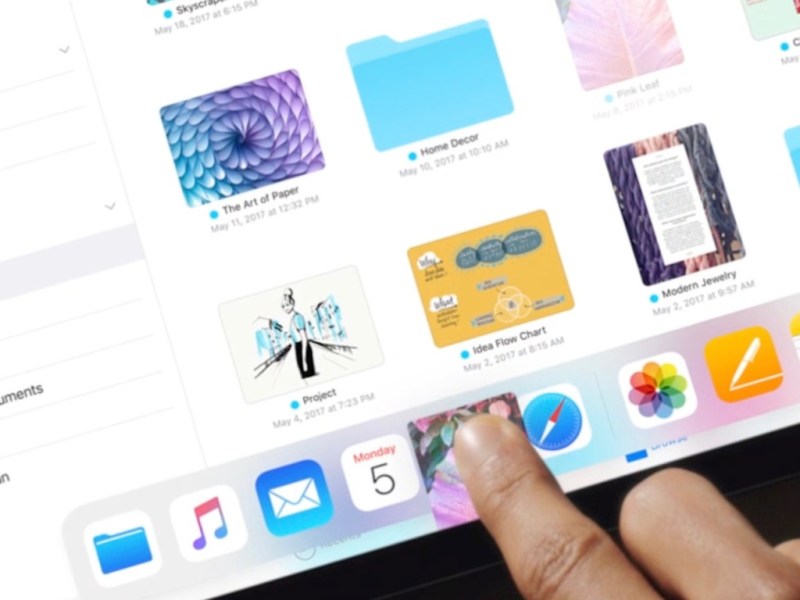 Above: iPad drag and drop in iOS 11

iPad updates: iOS 11 comes with some updates that are only for iPads. The Dock is now accessible from inside any app by swiping up from the bottom of the screen. You can use drag and drop to move images, text blurbs, or other content from one app to another. This may pair well with the Files app, larger Dock, and extended annotation given to the Pencil stylus.

Live Photos: They now loop, like a GIF or Instagram’s Boomerang.

Safety: The Do Not Disturb While Driving feature detects when you’re driving and blocks notifications. Tap the power button five times and it brings up SOS mode, which allows you to call emergency services. It can also quickly display vital medical information, such as your blood type, height, weight, and emergency contacts. 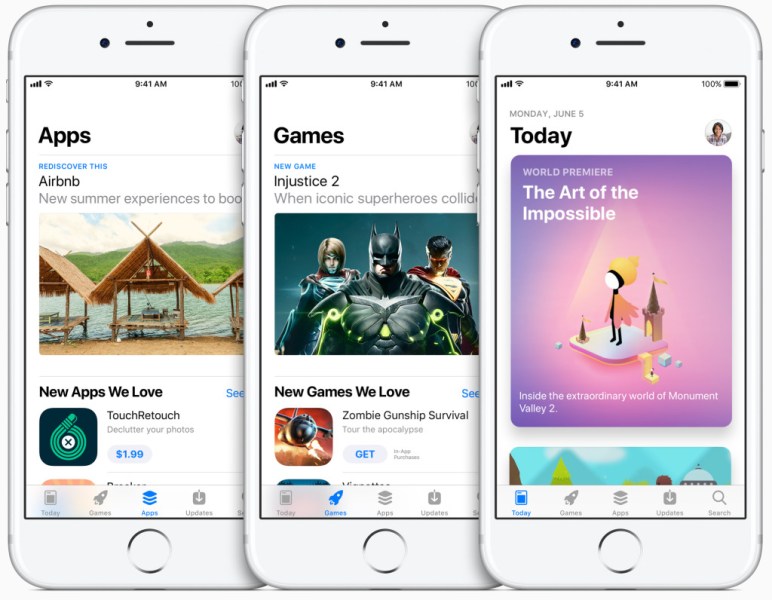 Above: The new App Store

New App Store: The new look comes thanks to a card-based design in which images are made larger. Also new are dedicated tabs for Today, Apps, and Games.

ARKit: This framework lets developers brings augmented reality into iOS games. Initial games using ARKit include ARZombi from Dynamic Augmented Solutions and HoloGrid: Monster Battle AR from HappyGiant. These are due out soon.

Core ML: Like ARKit, Core ML was rolled out to developers at WWDC in June. It is a framework to bring machine learning and deep learning into iOS apps, starting with iOS 11.

Multi-room audio with Airplay 2: This means you can now stream audio to multiple devices, just like the ability Amazon’s Alexa devices got in recent weeks. Google could be gearing up to do the same, with rumors that a device resembling a smaller version of the Google Home smart speaker will be released to compete with the Amazon Echo Dot.

New Control Screen and Lock Screen: The series of buttons you see when you swipe up from the bottom of your screen has been consolidated into a single screen, bringing music into the same place as your camera or brightness settings. The notifications screen was also made part of the Lock screen. Now you can swipe up to reveal the latest notifications.

iMessage: In iOS 11, iMessage has a streamlined app dock, not unlike that of the iPad. The iMessage App Store got a renovation that includes featured apps, and iMessage also comes with Apple Pay peer-to-peer payments and animojis, emojis that animate based on your facial movement. Apple Pay Cash for iMessage will not be available today but in an iOS update this fall, Apple announced Monday.

Indoor maps: Apple Maps can now help you get where you’re going inside places like major malls and airports. This feature is also unavailable at launch but will be part of an update later this year.