Apple today started displaying search ads in the iOS App Store in the U.S. People who tested beta versions of iOS 10 had seen these ads for months, and now they’ll be showing up on all devices running iOS 10.

Search ads are a new way for developers to promote iOS apps. (Android apps can be promoted through similar ads on the Google Play Store.) They appear at the top of search results, but only if they’re related to end users’ search queries in the App Store. For example, if I type in “to do list,” I might see an ad for a task management app first. Maybe it will be for a more popular app, and maybe not. But Apple has said that it’s taken steps to ensure that these ads will lead to more downloads of apps from smaller developers. 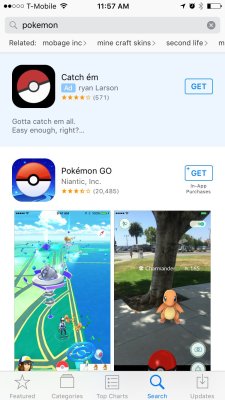 Above: A search ad in the App Store during an iOS 10 public beta in July.