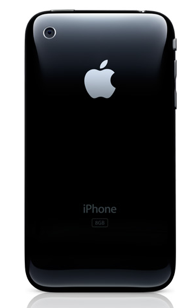 Following on the heels of its legal battle with Nokia, today Apple announced that it has filed a lawsuit against HTC for “infringing on 20 Apple patents related to the iPhone’s user interface, underlying architecture and hardware.”

The move is likely an indirect Android assault, since HTC is one of the premier Android hardware manufacturers. It developed the first Android phone, the G1, as well as the latest flagship Android device, the Nexus One.

The announcement included a comment by Steve Jobs on the lawsuit:

According to Gizmodo, HTC didn’t see this lawsuit coming:

We only learned of Apple’s actions based on your stories and Apple’s press release. We have not been served any papers yet so we are in no position to comment on the claims. We respect and value patent rights but we are committed to defending our own innovations. We have been innovating and patenting our own technology for 13 years.

Digital Daily also has the full court documents, which were filed with the U.S. International Trade Commission (ITC) and in U.S. District Court in Delaware. We’ve embedded the documents at the bottom of this post. Some choice offending patents include:

The ‘331 Patent, entitled “Time-Based, Non-Constant Translation Of User Interface Objects Between States,” was duly and legally issued on April 22, 2008 by the United States Patent and Trademark Office.

The ‘949 Patent, entitled “Touch Screen Device, Method, And Graphical User Interface For Determining Commands By Applying Heuristics,” was duly and legally issued on January 20, 2009 by the United States Patent and Trademark Office. A copy of the ‘949 Patent is attached hereto as Exhibit B.

The ‘849 Patent, entitled “Unlocking A Device By Performing Gestures On An Unlock Image,” was duly and legally issued on February 2, 2010 by the United States Patent and Trademark Office. A copy of the ‘849 Patent is attached hereto as Exhibit C.

The ‘381 Patent, entitled “List Scrolling And Document Translation, Scaling, And Rotation On A Touch-Screen Display,” was duly and legally issued on December 23, 2008 by the United States Patent and Trademark Office. A copy of the ‘381 Patent is attached hereto as Exhibit D.

Apple is aiming big with the lawsuit. Gizmodo writes that it is going for a “permanent injunction, which would bar HTC from importing or selling phones here that use these patents, along with triple damages with maximum interest (read: a lot of money).”

The court documents also detail the offending HTC phones — which includes pretty much every HTC Windows Mobile and Android phone on the market right now.

Based in Taiwan, HTC has made a name for itself over the past few years by delivering some truly innovative smartphone devices. Phones like its HD2 are the pinnacle of Microsoft’s aging Windows Mobile platform, and HTC was also instrumental in delivering key Android hardware since that platform’s launch. Clearly, Apple sees the company as a threat, but it remains to be seen how HTC specifically has infringed on its patents when you could also point to other companies — like Palm or Research in Motion — that offer similar features on their mobile devices.