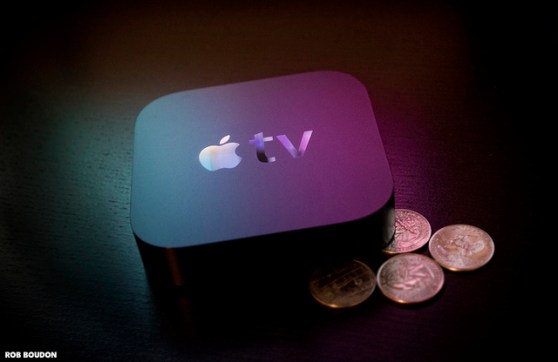 Apple may have sold 1.3 million Apple TVs during the fourth quarter, but that doesn’t mean the device isn’t still a hobby.

“If you look at the size of revenue for this business, it’s still quite small, so [Apple TV] still has the hobby label,” Apple CEO Tim Cook said during Apple’s conference call this afternoon.

“But it’s a beloved hobby,” he added.

The “hobby” line is one that Apple has been toeing for a long while now — so the biggest surprise is that Cook is repeating it now. But it’s telling that Apple continues to downplay the Apple TV’s importance despite the device’s increasing sales.

Cook said that Apple sold a total of 5.3 million Apple TVs this fiscal year, almost double the 2.8 million it sold in 2011. But those numbers are still tiny in comparison to, say,  the 26.9 million iPhones Apple sold in just the last quarter.

Yet despite the non-yet-blockbuster sales of the Apple TV, Cook says he’s still confident there is some major potential in the product. “We’ll continue to pull the string and see where it takes us,” he said.