If there’s any Mac computer that’s ideally rolled out at a developers’ conference, it’s the Mac Pro — Apple’s highest-end machine, kitted out with parts more suitable for engineers and scientists than mainstream customers. Despite a blustery introduction at WWDC in June 2014, the last Mac Pro was a flop, leading Apple in April 2017 to promise a “completely redesigned” followup, albeit without a specific release date. Today, the new Mac Pro is ready to reveal, featuring an Intel Xeon processor with between 8 and 28 cores, all backed by a 1.4-kilowatt power supply and three big fans that are as quiet as an iMac Pro.

Resembling the classic Mac Pro and PowerMac computers rather than the most recent “trash can” model, the aluminum and stainless steel tower is easier than ever to open and upgrade; users just slide the enclosure upwards off the internal frame. There’s newer, faster RAM inside — up to 1.5 terabytes — running at 2933MHz ECC across 6 memory channels. Eight PCIe slots are inside, with multiple Thunderbolt 3 and USB-C ports, plus two Gigabit Ethernet ports.

Users will be able to choose from multiple “MPX” graphics modules, including a dual Radeon Vega II setup that Apple describes as the world’s fastest video card, bound together with the “Infinity Fabric Link” — and capable of being paired with a second dual-Vega II setup. 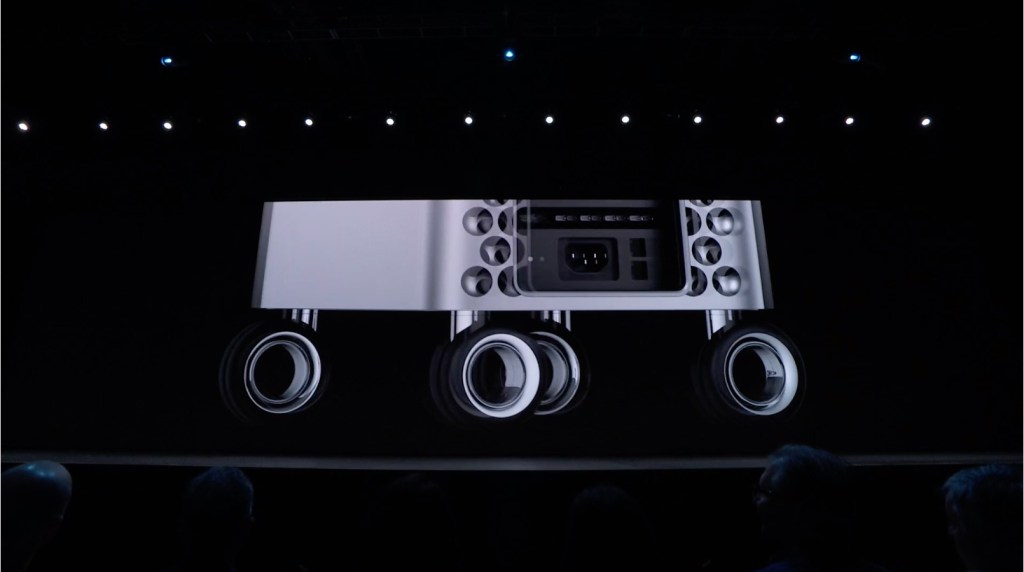 In addition to being easier to pick up with a fold-up stainless steel handle, you can add wheels to the bottom of the new Mac Pro to roll it around a workspace. Apple says that a large number of leading macOS professional and video companies are building optimized versions of their apps for the machine, including Adobe, SideFX, Avid, Red, Pixar, Redshift, Epic/Unreal Engine, Autodesk, Blackmagic Design, and others. 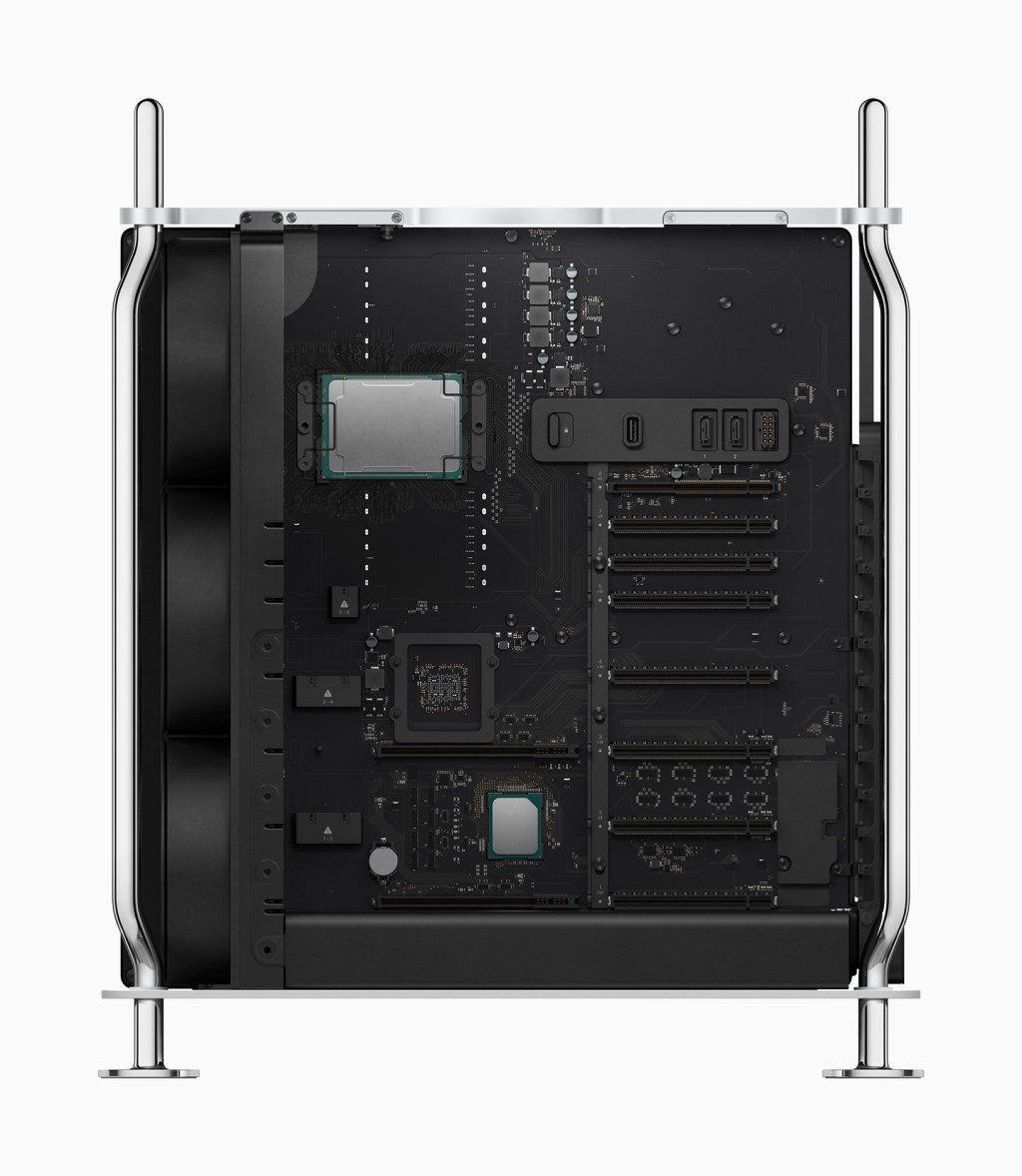 During a demonstration of the Logic tool for the Mac Pro, multiple hundred-instrument bands were added to show how the machine can handle everything at once — without skipping a beat. The app apparently can support a thousand separate instruments at once, four times its prior limit, and the Mac Pro — perhaps a 28-core version — can still have bandwidth left over.

Apple also unveiled a new 32-inch LCD, Retina 6K display called the Pro Display XDR. “XDR” is short for extreme dynamic range, a reference to its special HDR support — P3 wide color, 10-bit, and reference modes built in, plus a superwide viewing angle thanks to a custom polarizer, and the option of glossy anti-reflective coatings or matte nano-textured glass.

The monitor boasts a 1,000,000:1 contrast ratio, and its rear lattice pattern matches the Mac Pro’s front, serving as a heatsink to let the monitor work indefinitely at 1,000 nits, with a 1,600 nits peak. There’s almost no bezel, but seemingly no integrated camera or microphone hardware, either.

You can use up to six Pro Display XDRs with the new Mac Pro, each connected via a single Thunderbolt 3 cable. In addition to VESA attachment support, there’s also a new detachable Pro Stand, complete with angle and height adjustment, plus rotation into portrait mode.