Apple today became the latest tech company to unveil a slew of new settings and tools that will help users limit how much time they’re spending on devices and apps. The announcement was made onstage at Apple’s annual Worldwide Developers Conference in San Jose, California.

“It [phone usage] has become such a habit that we might not recognize how distracted we’ve become,” Apple senior vice president of software engineer Craig Federighi said onstage.

These settings, which will be available in iOS 12, include an improved Do Not Disturb feature. Users will have access to a “Do Not Disturb during bedtime” setting, which will ensure that they don’t see any notifications until they wake up. Or they can set a time limit from their phone’s Control Center, indicating how long they want their iPhone or iPad to be on Do Not Disturb mode.

Users will also be able to set time limits on individual apps — they can ask Apple to, say, block them from using Instagram after they’ve spent an hour using it. A user does have an option to ignore the limit, however. These limits will take into account how much time a user spends on both their iPad and iPhone, if they use both. 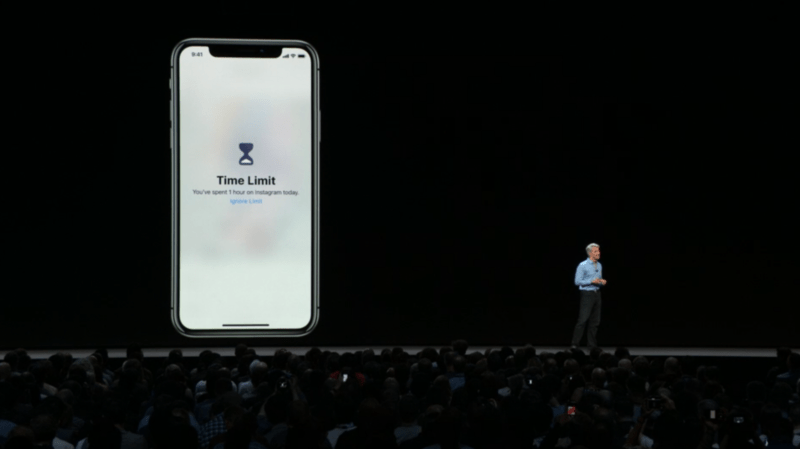 Federighi also pointed to endless barrages of notifications as one culprit of phone addiction. So users will have the ability to group notifications — to bundle all notifications for text messages on their lock screen, for example, rather than seeing one notification for each person or group that texts them. Notifications can also be grouped by topics and thread. 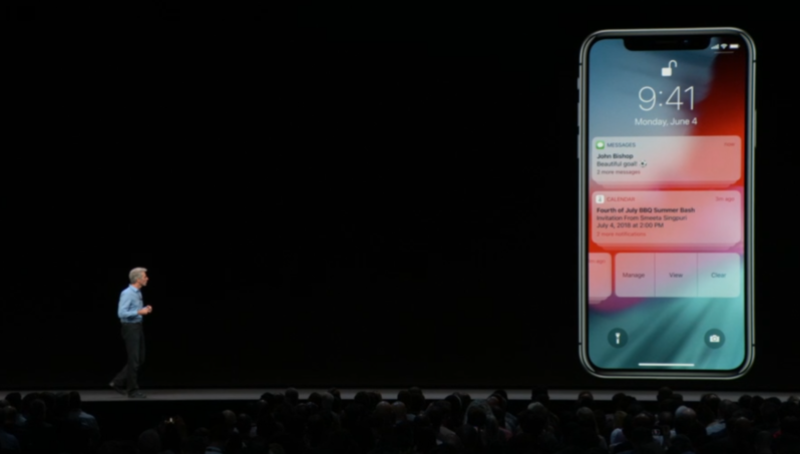 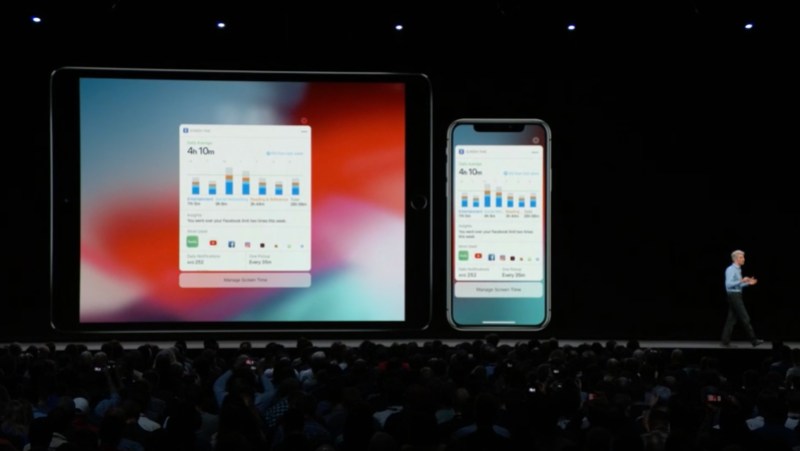 Above: The graph that users will be able to view on Screen Time of how much time they spend each week on various apps.

Still, with the introduction today of more interactive notifications in watchOS 5, as well as Siri shortcuts, Apple has other features that will encourage users to spend more time on their Apple devices, or at least turn to them to do more things, which may limit the effectiveness of their time management features.

Over the past year, tech companies including Apple, Facebook, and Google have faced pressure from investors, former employees, and consumers to make their products less addictive. Apple said earlier this year in response to investor criticism that it would introduce more “robust” controls for parents to monitor how much time their kids are spending on devices and apps, which Federighi also touched on during WWDC. Parents will have remote access to their children’s weekly Screen Time reports, for example, and limit how much time they can spend on certain apps.

At its annual I/O conference, Google CEO Sundar Pichai revealed that the Android P operating system will have a dashboard where users can track how much time they’re spending in certain apps or on their phones, as well as the ability to turn on the “do not disturb” mode simply by placing their phones face down.

Facebook also announced in January that it would starting showing users more posts from their family and friends in their News Feed. Of the changes, CEO Mark Zuckerberg said, “I expect the time people spend on Facebook and some measures of engagement will go down,” though Facebook didn’t provide an update on how the time users spent on Facebook has changed during its last earnings call.