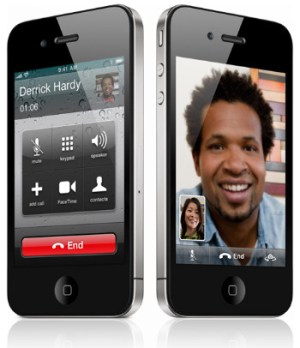 Apple may be gearing up to announce its long-rumored iPhone for Verizon’s network within the next few weeks, “maybe by Valentine’s Day”, reports BusinessWeek.

Even if the announcement doesn’t happen, the mere rumor of its possibility will cast a shadow over next week’s Consumer Electronics Show in Las Vegas, where many cellphone carriers and manufacturers are set to show off their new drool-worthy wares.

Additionally, this year’s Mobile World Congress event in Barcelona, another major spot for unveiling new mobile gadgets, will be happening  from February 14 to 17. If Apple announces the Verizon iPhone within the next few weeks, it will no doubt dominate the news at MWC.

As TechCrunch’s MG Siegler points out, Apple also has another showstopper up its sleeve — the announcement of the iPad 2. Tablets will certainly be one of the hottest topics at both CES and MWC, but the prospect of Apple revising its successful iPad will surely take some wind out of the sails of tablet announcements from competing companies.

It’s certainly a possibility that Apple will announce both products at one event, especially since a Verizon-compatible CDMA iPad 2 would likely join the Verizon iPhone. But Apple could also hold off on announcing the iPad 2, especially since the original iPad wasn’t actually released until April of this year, even though it was announced in January.