The Apple Watch accounted for 75.5 percent of total worldwide smartwatch sales in its debut quarter, according to a new report from Strategy Analytics.

Samsung came in second place with 7.5 percent of the market, the report says, in the three-month period ending June 30.

Apple sold 4 million Watches in the second quarter of 2015, the research firm believes. Samsung, by comparison, sold only an estimated 400,000 smartwatches during the period.

He continues: “Apple Watch launched in sixteen major countries and saw decent take-up from iPhone loyalists in the United States and elsewhere. Apple Watch has clearly raised the bar for the global smartwatch industry. The ball is now in the court of rivals, like Samsung, to respond.” 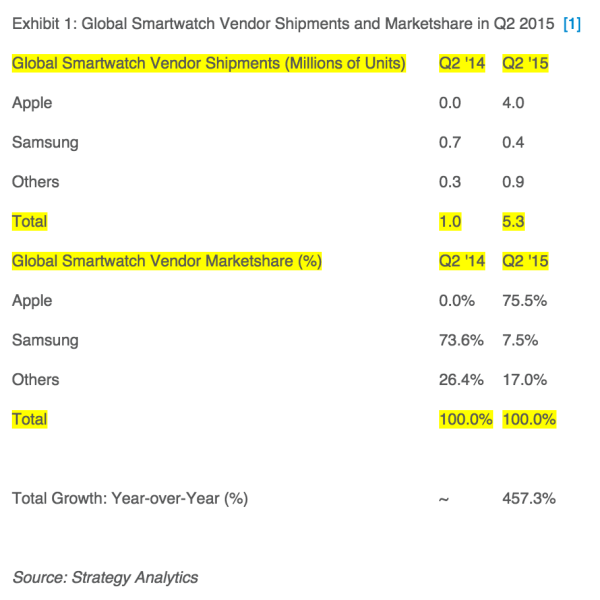