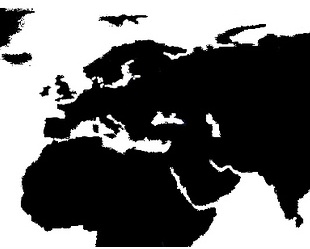 Apple said today it is launching its iPad 2 tablet computer in 25 additional countries on Friday.

That’s an early launch for international markets and it suggests that Apple’s shortage of units isn’t as dire as some observers have feared. Apple continues to be in a mad rush to sell as many tablets as it can in order to head off competition from increasingly competitive rival Android tablets.

The various Apple stores will open at 5 pm local time in their respective countries, while Apple will sell online in those countries starting at 1 am. All models of the iPad 2 will be available in Hong Kong, Singapore and additional countries in April.

“While competitors are still struggling to catch up with our first iPad, we’ve changed the game again with iPad 2,” said Steve Jobs, Apple’s chief executive, in a statement. “We’re experiencing amazing demand for iPad 2 in the US, and customers around the world have told us they can’t wait to get their hands on it. We appreciate everyone’s patience and we are working hard to build enough iPads for everyone.”

The iPad 2 launched on March 11 in the U.S. amid long lines at 236 Apple stores. It was available in a total of 10,000 locations at the launch, including AT&T, Verizon Wireless and Best Buy stores. Given the breadth of the launch, Apple clearly had a lot of supply lined up. Some supply experts have wondered if Apple will be impacted by the quake in Japan, which has disrupted the shipments of a lot of key electronics suppliers.

The iPad 2 with Wi-Fi will be available in Australia, Austria, Belgium, Canada, Czech Republic, Denmark, Finland, France, Germany, Greece, Hungary, Iceland, Ireland, Italy, Luxembourg, Mexico, Netherlands, New Zealand, Norway, Poland, Portugal, Spain, Sweden, Switzerland and the UK on March 25 for a suggested retail price of $499 (US) for the 16 gigabyte model, $599 for the 32GB model, $699 for the 64GB model.