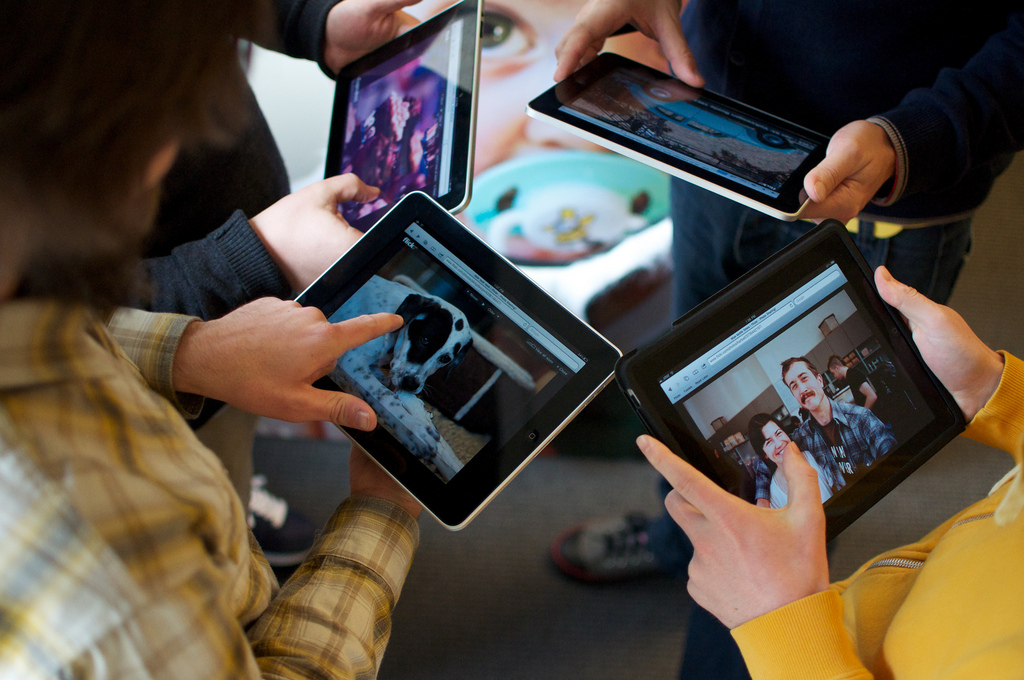 The global app economy will reach $25 billion this year, according to new data from ABI Research. Thirty-five percent of that, or $8.8 billion, will be tablet apps, and 65 percent, or 16.4 billion, will be smartphone apps.

The overall trend in the app economy is that tablet app monetization is outpacing smartphone apps, ABI said. By 2018, the company said, tablet apps should surpass smartphone apps in revenue. At that point, total global app revenue will reach $92 billion.

“The larger screen makes apps and content look and feel better, so there are more lucrative opportunities,” analyst Aapo Markkanen said in a statement. “One might think that the bigger installed base of smartphones would compensate for the disparity, but that notion fails to take into account the arrival of low-cost tablets, which hasn’t even started yet [in] earnest. The smartphones paved the way for them, but in the end we believe that it’s the tablets that will prove the more transformative device segment of the two.”

For 2013, ABI expects Apple to take 65 percent of global app revenues, followed by Google’s Android with 27 percent. The remaining eight percent will be fought over by the other mobile ecosystems, primarily Windows Phone and BlackBerry.

ABI didn’t comment on Apple versus Android share in later years, but you have to assume that the 65 percent share will not last. According to one measure, Android’s overall global market share hit almost 70 percent in 2012, and ABI has previously predicted that by December 2013, there will be 800 million Android smartphones to 300 million iPhones in active use.

But Apple’s market share will stay very strong for many years to come, Markkanen believes.

That 52 percent of the 2018 app market will be worth about $48 billion, a third of which is almost pure profit.