Apple has known for years that its App Stores are cash machines, giving developers almost instant access to hundreds of millions of wallets — each only a single authenticated tap away. So I was glad to learn that Apple has started to yank apps that were tricking App Store customers into signing up for expensive subscriptions, a situation Forbes was monitoring for some time. The scam was simple: Use a pop-up screen to insert a big “Free Trial” button with tiny or obscured subscription terms into an app, then collect hundreds or thousands of dollars from unwitting users.

Developers have reported that Apple pulled high-earning subscription apps that offered free trials without conspicuously disclosing the subscription’s price, as well as others that used art or graphic design elements to obscure the user’s option to avoid subscribing. The apps — including a QR code scanner, a weather app, and a web page translation app — were reportedly earning between $260 to $4,700 per year, per user. To get back into the store, developers have been fixing their graphics, and replacing buttons like “Try for 3 days, free” with “Join: $3.99/wk.”

Forbes calls this “a very good thing for mobile users,” and it’s impossible to disagree with that sentiment. Who wouldn’t applaud fewer opportunities for users to get scammed?

I would argue, though, that the very concept of offering in-app subscriptions is a scam for most apps. I’m not saying that’s the case for all apps, or every category of apps — just the majority of actual apps in the App Store.

There’s nothing wrong with subscriptions to newspapers and magazines that deliver new content on a daily, weekly, or monthly basis — they’ve had in-app subscription options for years, and no one’s complaining. Ditto on video or music streaming apps, as well as similar services that provide recurring, buffet-style access to multiple pieces of content. 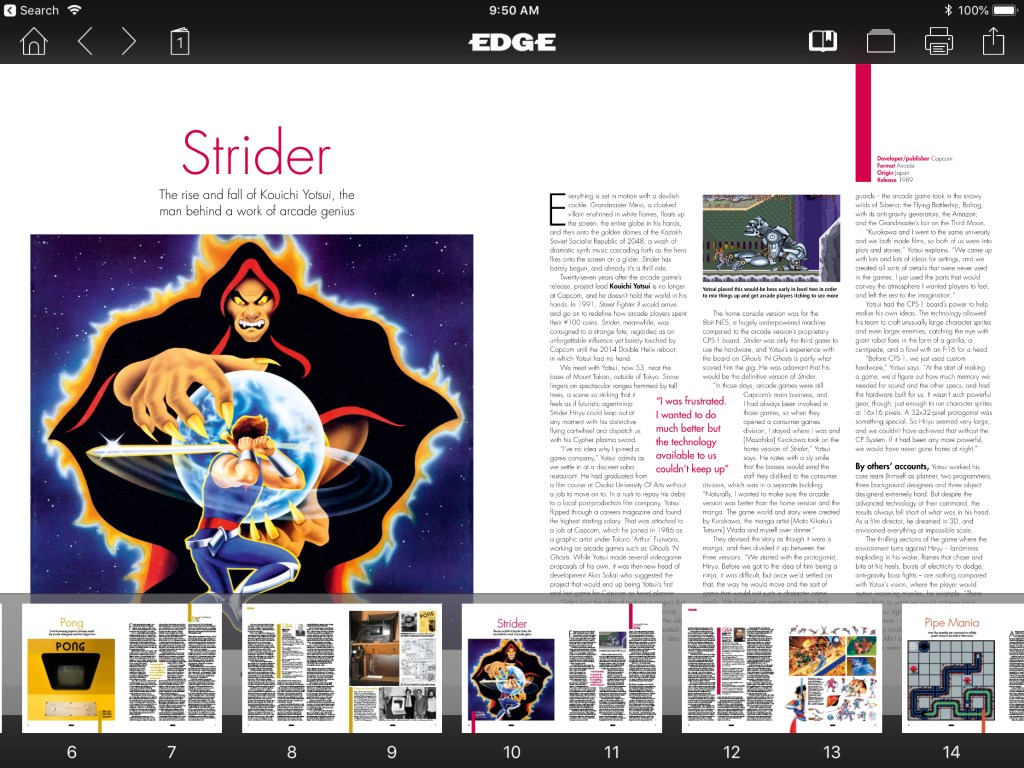 Above: Subscriptions work for magazines, newspapers, and streaming services, but for games and tools, the pricing and scam potential are too high.

The problem comes in with virtually everything else — tools, games, and other apps where you should be getting virtually all of the content on day one with no real need to come back for more. As just one of many examples, there’s something fundamentally wrong with trying to turn a calculator or unit converter into a subscription app. No one goes to a physical store to rent a physical calculator for a month; a complete calculator can be bought outright for $2, so any rental program would inherently be a scam.

Similarly, Apple shouldn’t be encouraging developers to offer virtual calculators as rentals. But that’s what has apparently been happening. As was reported two months ago, Apple started meeting with app developers last year to convince them to switch from fixed-price apps to subscriptions, a plan that would keep users paying for apps “on a regular basis, putting money into developer coffers on a regular schedule.”

According to the report, Apple’s goal with this initiative is to help developers “create sustainable business models,” and if that’s accurate, I’ll take the company’s explanation at face value. Everyone benefits if good developers keep churning out quality apps to create a thriving, diverse App Store.

As nice as the concept sounds, however, it becomes downright crazy when you actually consider what it means. For instance, the report discusses how a small selfie-fixing app called FaceTune switched from a one-time $4 purchase to a $36 annual subscription, creating a $40 million annual revenue stream for the developer. On one hand, it’s great that a basic photo tool developer wants to employ over 100 people, but to what end? To keep refining blemish-correcting tools? What is $36 per year actually buying a customer? 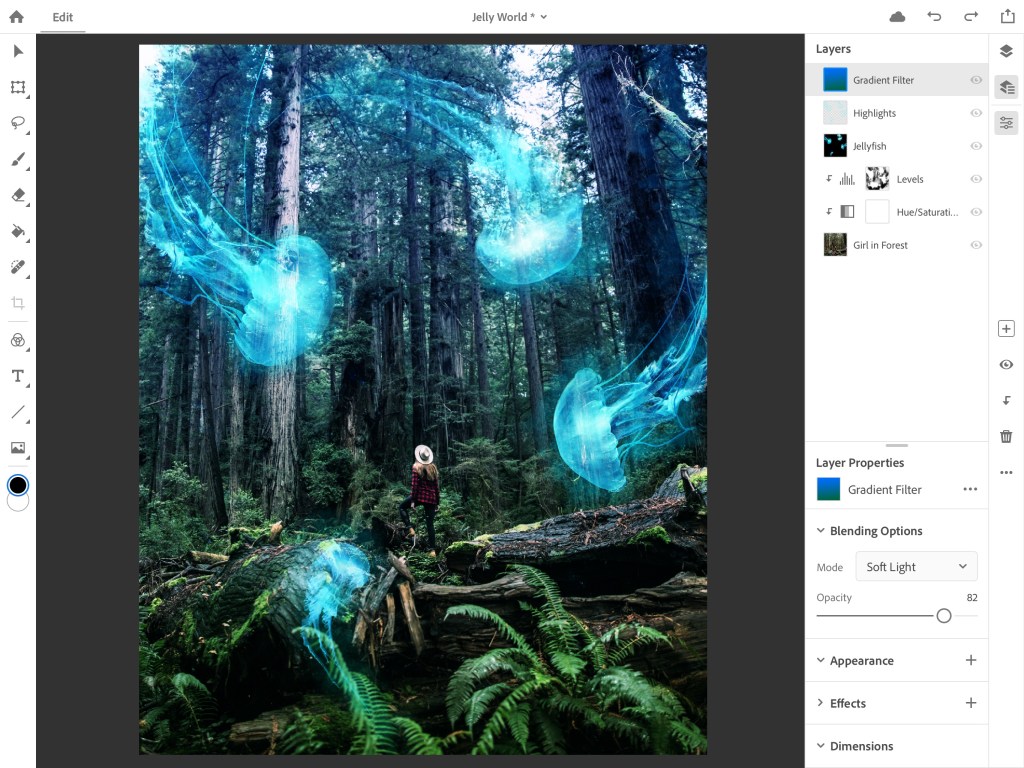 Above: Adobe’s bringing Photoshop to the iPad, and you can be sure it will charge a steep fee for it.

It was bad enough when Adobe turned Photoshop into a way to squeeze customers every month or year, but for a $10 monthly subscription fee, it is renting access to three photo apps plus cloud storage. By comparison, FaceTune is effectively offering a $3 monthly subscription to several tools on Photoshop’s tool bar. Where does it end? Should there ever be a cap on how much a customer pays in recurring charges to keep using a basic app?

I might be able to understand a subscription model for certain big apps that are guaranteed to grow over time, but even so, I won’t patronize them; like most people, I want to just pay once and be done. More than anything else, I’m uncomfortable with the idea of paying monthly fees just for the promise of potential enhancements. If a developer wants to add new features, let it charge for a major release, add an in-app purchase to unlock them, or add them “for free” to entice new customers. I certainly don’t want to pay a developer just to fix bugs.

For most apps I’ve used — there are admittedly exceptions, particularly apps by larger developers — a substantial quantity of developers’ post-release labor is just keeping up with bug fixes and/or Apple’s annual OS and hardware updates. An app released for iOS 4 would have required everything from iOS 7 aesthetic and biannual screen size updates to 64-bit retrofitting and various API adjustments, say nothing of new privacy policies and possible authentication tweaks. Customers don’t want to pay for under-the-hood updates, and frankly, I don’t think they should have to do so. These are the costs of doing business with Apple.

So as much as I’d like to see developers “create sustainable business models,” the idea of using recurring monthly subscriptions to that end is troubling to me. It’s bad if it’s $50 per year for a QR code scanner, and it’s bad if it’s $2,600 per year for an app called Crazy Ringtones. Just like gym memberships that magically seem to somehow auto-renew after free trials despite being canceled, the potential for supposedly well-meaning app makers to “accidentally” rip off customers is just too high.

Apple appears to be saying that so long as the developer’s subscription disclosure is conspicuous, anything goes. I’m as uncomfortable with that as I was when “freemium” apps became a thing, effectively devaluing the up-front value of all apps in order to get people hooked on paying in-app microtransaction fees. Unless people start speaking up about these issues, we could be in for another change that’s even worse. No customer wants buying a game or tool from the App Store to become akin to a Redbox rental, but if the subscription scam keeps going, guaranteed access to “purchased” apps could become a thing of the past.