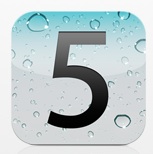 Apple’s big announcements Monday were a mixed bag for anyone developing apps for the iPad and iPhone.

Yes, the company unveiled a number of cool new features that consumers and developers will be able to tap into. On the other hand, Apple seemed pretty willing to build features that were inspired by and competitive with many of those developers. As VentureBeat’s Dylan Tweney put it, “for some developers, Apple’s keynote … was more like a kick in the crotch than a bear hug.”

Gogii, which makes the text messaging app textPlus, is one company that might feel threatened by Apple’s announcements — specifically by the new iMessage service, which includes lots of extra text messaging features. Gogii chief executive Scott Lahman told me he feels Apple could give developers a little more transparency into its future plans. Still, he said he wasn’t alarmed by Apple’s announcement, and he “wasn’t completely surprised” by the news, either. In fact, that’s why he chose, right before Apple’s event, to announce that textPlus has now sent 10 billion messages.

Lahman compared Gogii and other app developers to ice skaters, who have to use their speed and agility to stay ahead of the Zamboni resurfacing the ice. (Apple is the Zamboni, of course.)

“You’re always racing,” Lahman said. “You should be able to out-skate a Zamboni.”

In the case of textPlus, Lahman said he sees the app’s real advantage in the social identity it has created for its customers, making the app a real destination rather than a mere conduit for messages. In other words, he’s less interested in text messaging per se.

“There’s no business in being in the messaging middle,” Lahman said.

I also asked Flipboard, the company behind the popular social news app for the iPad, for a comment, and it sent me the following statement from chief executive Mike McCue, who chose to focus on the positive parts of the news. (McCue is also on the board of Twitter.)

Among the highlights for me were the integration of Twitter with iOS 5 and the announcement of iCloud. This means that you don’t need to sync your iPhone or iPad to the desktop anymore and you no longer have to think about files and folders. That’s a big deal.

Ge Wang, chief technology officer at music app-maker Smule, said that beyond the individual features, he’s most excited about the way Apple continues to pursue a vision that makes the iPad and the iPhone (rather than traditional PCs) the center of computing.

“It does feel like Apple’s continuing pushing the envelope in envisioning how people might use computers,” Wang said. “It’s pretty cool that the largest tech company in the world seems to get it.”

Wang said he can’t speak for developers who seem to fall more directly into Apple’s competitive path, but he understands that Apple may decide that it makes strategic sense to pursue new features, even if that threatens some companies.

Wang thinks that Smule is probably secure as long as it focuses on social music apps. But he doesn’t think Apple’s features are intended to hurt other developers, either.

“I don’t think Apple is in any way is trying to throw anyone under the bus,” Wang said.