While Apple’s media events are always polished, Samsung’s can be downright hard to watch — awkward pacing and confusion are practically a given. Yet even as a long-time Apple user, I must concede that the companies’ respective events have firmly established Samsung as the consumer electronics innovator to watch in 2020, largely thanks to an unforced error on Apple’s part that could mark a turning point in its public perception going forward.

Anyone familiar with Apple’s history of aggressive self-promotion knew that titling yesterday’s event “By Innovation Only” was either a declaration that something really big was about to be unveiled or the ultimate act of hubris for a company that has already had a rough year. Choosing the word “innovation” implied bigger steps forward than what was previously obvious, and as the event began Apple CEO Tim Cook doubled down on the theme, promising viewers a “huge morning” with “some truly big announcements.”

What followed was anything but huge. Apple began with underwhelming demos of new subscription services that appeared to justify their atypically low prices, followed by an uninspired update to the basic iPad, the smallest Apple Watch hardware upgrade thus far, and new iPhones that were “S”-caliber in everything but name. Particularly ugly cameras and modestly longer battery life will be remembered as the biggest iPhone advancements of the event. Despite the theme and Cook’s excitement, big innovations were actually so few and far between that many viewers left the broadcast asking, “Is that it?” 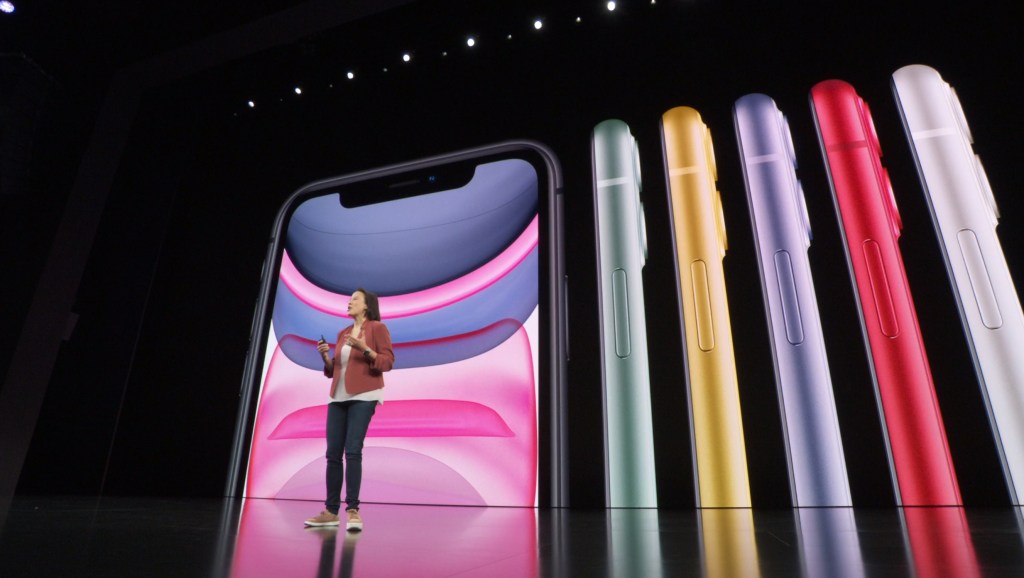 To address one possible offset, Apple can’t blame advance leaks for either spoiling huge reveals or setting expectations too high. The event’s theme was chosen only two weeks ahead of time, and Apple had every opportunity to show imaginative new products or make the case for big innovations inside. Instead, it delivered a message that has now been made far too many times: Buy our new offerings so you can enjoy features our rivals debuted months or years ago.

There’s no getting around the fact that Samsung’s new phones and watches set the bar this year. Put aside the Galaxy Fold debacle and you’re still left with a lineup of S10 and Note10 phones that pushed the envelope with bezel-free screen design, inconspicuous biometric authentication, camera technology, and cellular performance. Similarly, two surprisingly quick rounds of Galaxy Watch releases brought consumers impressively sleek new wearables at just-right price points. Apple almost never lowers its prices, so between the iPhone 11’s and Apple Watch Series 3’s price drops, it’s clear Apple is finally and justifiably concerned about its competition. 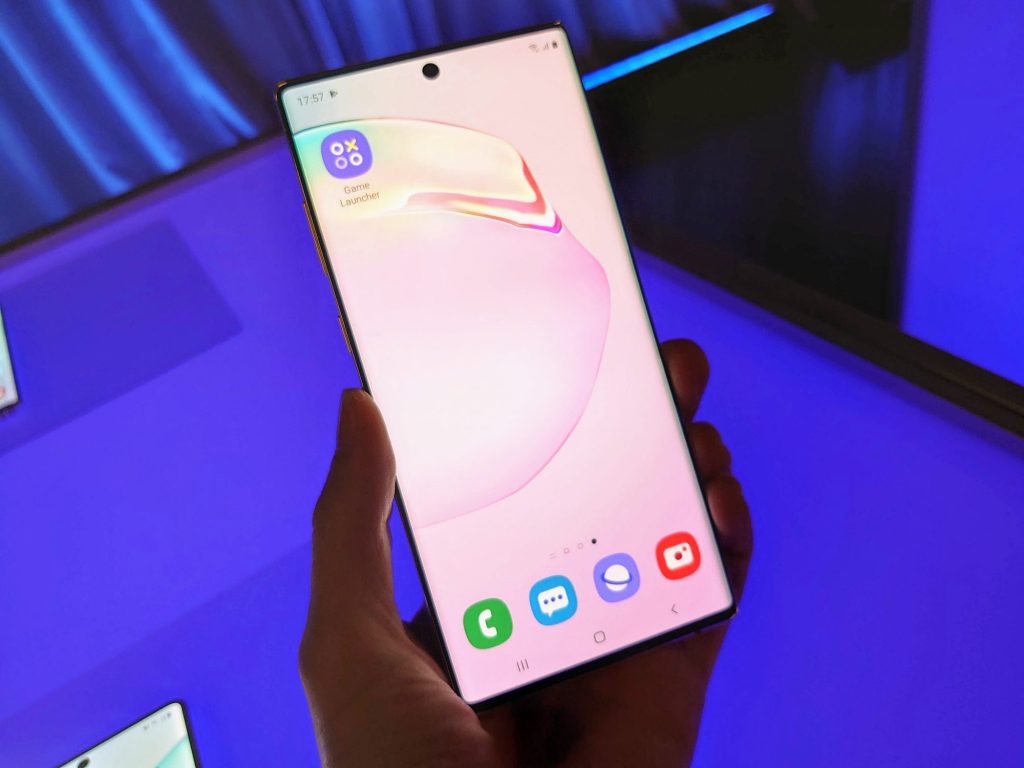 Above: Samsung’s Galaxy Note10 is ahead of Apple’s curve in multiple technologies.

As a brief aside, this was a particularly weird event for Apple’s chip division. The Apple Watch Series 5 launched with a brand new S5 processor that got no stage time, no web details, and apparently no major performance improvements over the S4 — a shock, given that year-over-year speed doubling was previously an S-series focus. Apple’s A13 became the third chip in a row to use the “Bionic” suffix and received a confusingly bifurcated introduction that failed to sell its advantages.

Hardware component issues are only part of Apple’s problem right now. Yes, Samsung and others beat Apple to triple rear camera systems (to say nothing of quadruple, time of flight, and 48/64-megapixel cameras), Night mode, and other tentpole photography features. Sure, an Apple Watch with an always-on screen seems positively quaint compared to … well, plenty of wrist wearables at this point. But Apple should really be concerned about Samsung’s increasing competence at leveraging advanced hardware with software. 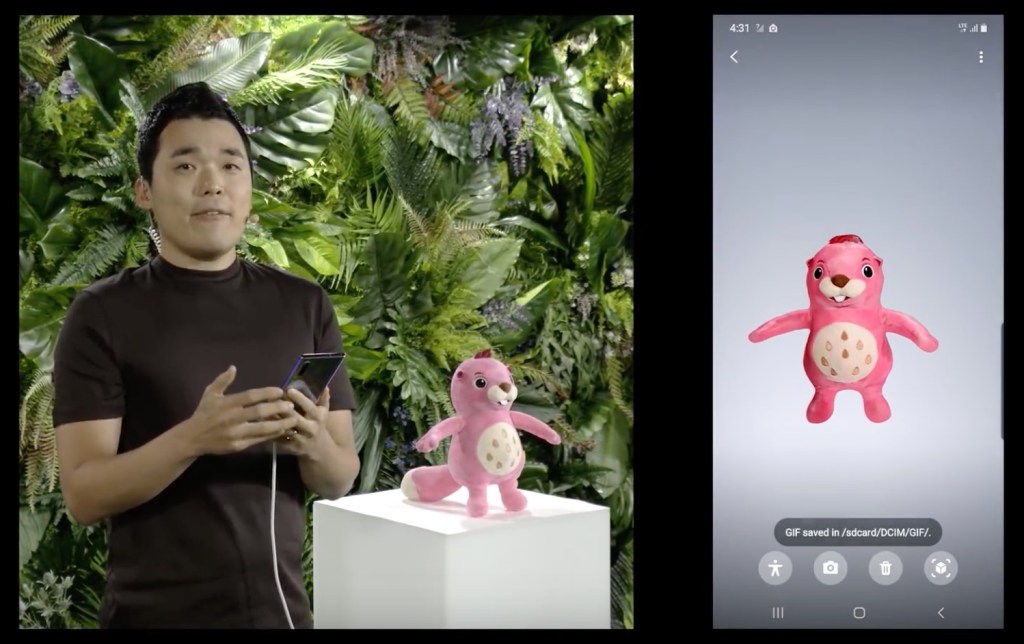 At the last Galaxy Unpacked event, Samsung demonstrated an augmented reality camera feature that used Galaxy Note 10 hardware to 3D-scan a real stuffed toy, turning it into a digital puppet that the user could instantly control with body motions. If you missed that moment, check it out here, because it’s breathtaking. In less than three minutes, Samsung showed consumers something they had never seen before: a rare, seriously cool example of next-generation augmented reality hardware and software.

Even if you’re not wowed by that particular example, there are plenty of other features — bidirectional charging, ultrasonic fingerprint scanning, and 5G cellular support — where Apple’s devices are now a generation or more behind an increasingly impressive pack of competitors. Samsung fans will say this isn’t anything new; the difference this year is that all but the most die-hard Apple fans would be forced to agree.

Going forward, Apple has a clear choice. It can stop overpromising huge news when it doesn’t have the announcements to match the hype or actually start delivering on its lofty claims of innovation. The correct solution is certainly not to keep marketing small steps forward as giant leaps for mankind. People are getting tired of two “S”-caliber updates for every big one, regardless of what the products are called, and the result is a combination of disappointment and delayed upgrade cycles.

While I suspect Apple is going to have more exciting products to show in late 2020, it now gets to spend the 2019 holiday season and following months hoping that more aggressively priced midrange offerings and financing plans are enough to win over customers as a full-scale trade war with China looms. In the meantime, I’ll be tuning in to Samsung’s next event to get a sense of where the rest of the market — and probably Apple — will be headed next.