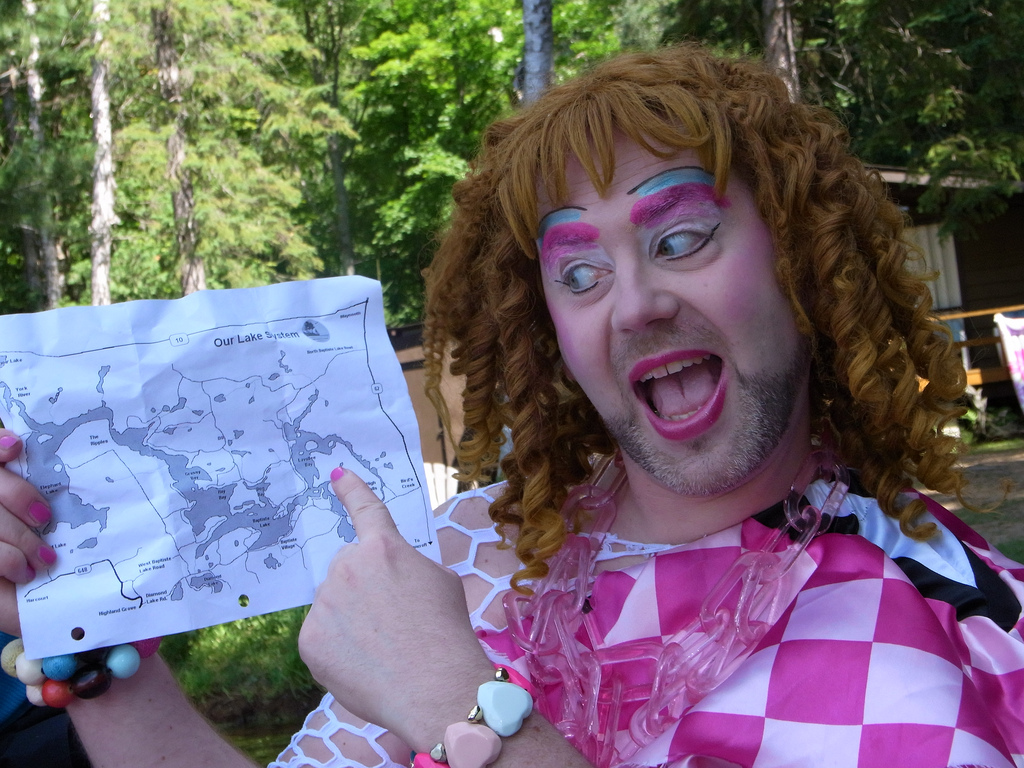 Jiujitsu is the art of using your opponent’s strengths against them. Apple may be applying precisely that strategy against Google in the middle of its Maps debacle.

Oddly — or perhaps intentionally — none of them are based on Apple’s biggest enemy du jour: Google. 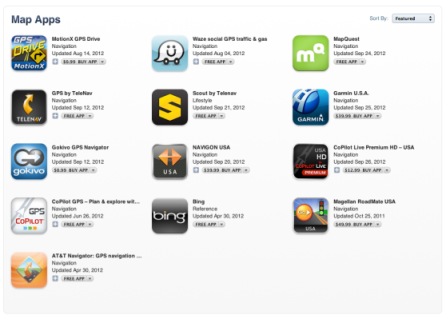 Above: Apple-recommended map apps in the app store.

That’s partly because Google already lost a significant number of location-related developers, such as Foursquare, in March when the company jacked data access rates up. Only after learning that Google Maps was on the outs for iOS 6 did Google slash prices.

And it’s partly due to the fact that Apple’s Maps is now the default API for developers on iOS.

But even though Apple’s fly-by technology is the most-panned aspect of the new Maps app, showing the Hoover Dam bridge plunging to the surface of the river, Google Earth is not on the list of Apple-recommended apps. 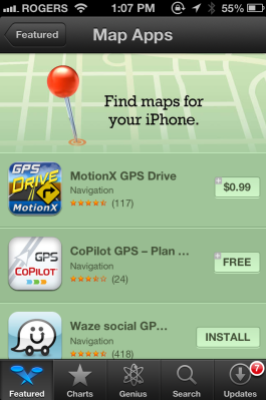 Nor can I easily find any other apps that use Google Maps on the iTunes store.

One example: Maps+ says it uses Google Maps, but a colleague who checked the app on his iPhone says it’s clearly using Apple Maps, and the description is just out of date. That’s likely the case with many apps that were simply using iOS APIs that previously fetched Google’s maps and now transparently fetch Apple’s.

In addition — and obviously — the multiple Telenav-powered apps such as AT&T Navigator and GPS, as well as MapQuest and Bing maps (the most likely candidates to replace an Apple Maps app) are all not powered by Google.

Providing mapping data gives users great directions but gives Google a lot, too: information on users, data on important locations, and advertising opportunities down the road. That disappeared, to a large extent, when iOS 6 happened — and Google is at least partly to blame due to its price increases earlier this year.

And Apple, while getting egg on its face, may be strategically farther ahead than before. Because even if users don’t use Apple Maps, the enemy of my enemy is my friend. The likes of Waze, Bing, Garmin, or Navigon are never going to be the massive strategic threat that Google is.

All of which doesn’t mean that Apple made the decision about the timing of its switch from Google Maps knowing that Apple Maps might fall on its face and was willing to take that bullet to get Google Maps off the iPhone.

Only time will tell if the long-term strategic benefits outweigh the short-term customer pain.