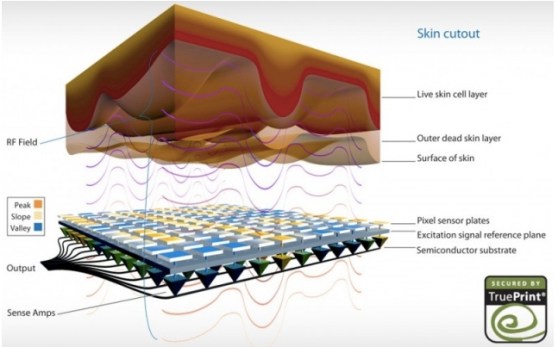 Apple’s new phone could include a convex home button that will act as a fingerprint sensor, according to an analyst report, and could open up all kinds of fun possibilities.

The report emerged just hours after news that suggests Apple will release the new phone on Sept. 10.

The new phone, dubbed the iPhone 5S by some and the iPhone 6 by others, will carry Apple’s updated iOS 7 software, which was announced in June. But so far we’ve only been able to speculate about the hardware. This latest news should also be categorized as a rumor for now.

KGI analyst Ming-Chi Kuo, who has been called well-informed, said Apple is likely to make room for the much-rumored fingerprint sensor by making the home button curve outward (convex) slightly instead of the inward (concave). The button has been concave since its debut in 2007. Kuo’s report was cited by both MacRumors and AppleInsider.

That outward curve would prevent Apple from losing valuable internal space, as it packs ever more features into the phone.

The technology is believed to come from AuthenTec, the biometric security firm Apple purchased last year. It uses capacitive and RF technologies in its chips, a method that images fingerprints more effectively than optics-based systems because it avoids the build-up of dust or other particles. It will also make it dead-easy for consumers to know where to put their fingers for scanning.

To protect the protruding sensor from scratches, Apple is expected to use sapphire glass, a hard material. Apple filed for a fingerprint sensor patent in June.

Here’s the quote from Kuo’s report:

The report set off speculation about what else you could do with the sensor (see Stabley Times) aside from unlocking the home screen more easily (instead of doing it the old way, by swiping across the screen and entering a password).

Some of it is pretty interesting:

(UPDATE: There are the other “fun” possibilities open to an organization like the NSA, which has come under fire for pressuring technology companies to help it gather intelligence on individuals about their communication habits. As one Facebook reader asks, could your fingerprints be tracked through this technology and associated with your national security records?)

It should be noted that fingerprint sensors haven’t been widely used before in smartphones because they haven’t worked reliably. Motorola released one in its Atrix 4G phone in 2011, but many people reported the sensor failed to recognize their fingerprint. Indeed, reports earlier this year said that a supply chain source in Taiwan said Apple had failed to find a coating material that did not interfere with the fingerprint sensor, and had delayed production.

In contrast, the Samsung Galaxy S3 uses a Face Unlock feature, which is also available in Google’s Nexus 4. Other phones have worked to unlock the phone with voice recognition.