Update September 16: Due to a bug, Apple says OS 2 won’t be released today.

“We have discovered a bug in development of watchOS 2 that is taking a bit longer to fix than we expected. We will not release watchOS 2 today, but will shortly.”

Developers will be able to leverage new hardware and API components to help them build better apps specifically for the Watch. Additionally, new faces are going to be available that let you customize your device using content from Photo, Photo Album, and Time-Lapse.

Watch OS 2 was first announced at the company’s Worldwide Developer Conference this year and was touted as having tools that will let developers create native apps that live and run exclusively on the Watch’s processor. Other updates that were promised involve the internal hardware — instead of relying on connection and capabilities from the iPhone, now much of the work will come from the Apple Watch itself. 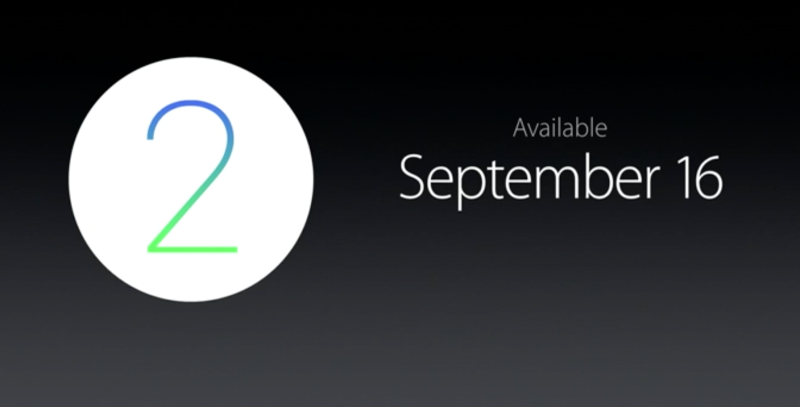 Since its launch in April 2015, the Apple Watch has come under fire for slow-performing apps and for, according to some, not providing many features that are really useful. How many Watches have actually been sold remains a mystery. Company chief executive Tim Cook said that he wouldn’t disclose any sales information in order to prevent competitors from getting any helpful insights.

Apple Watch OS 2 had been available to developers through a beta release for some time, with the most recent version in July. It’s released had been expected for sometime this fall, coinciding with the launch of iOS 9.