Impressive? Sure. But a billion dollars impressive? Hard to say.

That’s the question as rumors continue to swirl of a potential Google acquisition in the billion-dollar range. According to Digital Trends, the acquisition talk has been ongoing for a month, and WhatsApp execs want more. Perhaps, I’m thinking they should recall what happened last time Google offered a company billions of dollars.

WhatsApp is a cross-platform mobile messaging app: It sends messages to anyone on iPhone, Android, BlackBerry, or Windows Phone via an iMessage-like network. The messages use your data plan, not text, and require that both sender and receiver have WhatsApp, which, of course, makes the service inherently viral. Perhaps 300 million WhatsApp users send hundreds of billions of messages daily. 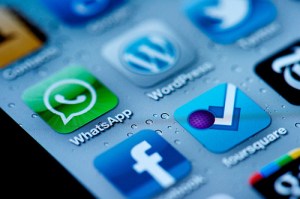 Industry insiders I’ve spoken to don’t put a ton of credence in the acquisition rumors. My question is: WhatsApp is hot — there’s no doubt about it — but is being one of the top revenue-producing apps on the app store or Google Play worth a billion dollars?

Google already has many messaging apps and services currently, such as Talk, Messenger, and Hangouts. Too many, in fact, which don’t integrate or connect. Based on some leaks and screenshots, Google appears to be working on a unification of its communications platforms, called Babel. Adding yet another SMS-style communications app to its stable wouldn’t appear to simplify the situation.

In addition, Google has shown an impressive capability to create great apps and distribute to enormous audiences.

In February, ComScore’s Digital Future report said that Google has five of the top six apps in America on any platform. Maps, Google Play, Google Search, Gmail, and YouTube took positions two through six on a combined Google Play/iOS app store downloads list. And Google’s YouTube and Google Maps have been swapping top spot on the iOS-only download charts for months.

Which means that when and if Google decides to create and release a unified messaging platform for both iOS, Android, web, and Windows Phone, it could very well do so on its own and become very successful.

The thing that WhatsApp does have going for it, of course, is those hundreds of millions of users. That’s what Arjun Sethi, the founder of WhatsApp competitor MessageMe told VentureBeat today:

“At the end of the day, they’re valuable because they have a massive userbase.”

Others, like Hille Fuld, the senior evangelist for app monetization platform InnerActive, agree that a high valuation is warranted:

The massive userbase worked, famously, for Instagram, which didn’t even have a revenue model when it was acquired by Facebook for what turned out to be a little under a billion dollars in post-IPO money. Instagram had about 30 million members at the time, which has now grown to over 100 million.

I just wonder if it’s billion-dollars valuable, when Google has shown the capability to grow its only solutions in-house.

When asked, a Google representative said only that “we don’t comment on rumors and speculations.”