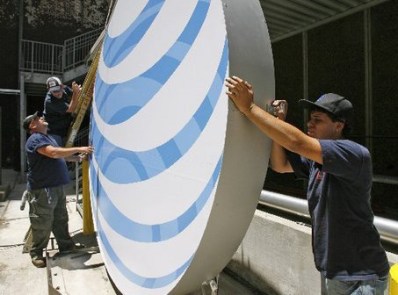 AT&T finally spilled the beans on the plans for its next-generation network at its Developer Summit today, an event held in conjunction with the giant Consumer Electronics Show in Las Vegas. The company says that it expects to launch its 4G network using LTE technology by the middle of the year; it just completed the deployment of its slightly-faster HSPA+ network (which AT&T also considers “4G”).

By the end of the year, AT&T expects to have 20 4G devices available, including smartphones, tablets and mobile broadband hotspots.

It’s good news for AT&T, since we previously thought it wouldn’t have its 4G network ready until the end of the year, or even until 2012. And it shows how data-intensive devices are driving faster change in the telecom world.

The company says that its current HSPA+ network gets around 6 Mbps for many users, around two times faster than its typical 3G network. AT&T’s investment in HSPA+ may pay off in the end, since it will allow its 4G LTE devices to have faster network access when outside of LTE reception areas. In comparison, Verizon’s LTE devices will fall back on its 3G network that isn’t as fast as HSPA+.

Motorola joined the stage with AT&T to show off the Atrix 4G, AT&T’s first smartphone with a dual-core chip that runs at a whopping 2 gigahertz, and features 1 gigabyte of RAM. The phone is so powerful that Motorola will offer a dock that lets you plug in the Atrix 4G so you can use it as a virtual laptop.

Tablets featuring HSPA+ and LTE 4G support will arrive in the second half of the year. Motorola will lead the way with a 10.1-inch HSPA+ tablet running Android 3.0 on a 1-gigahertz Nvidia Tegra 2 chip.