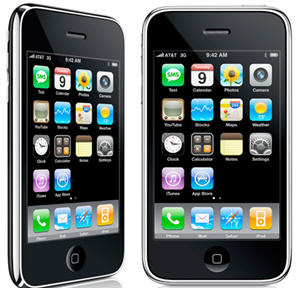 US iPhone fans who are excited to see the phone add mobile carriers other than AT&T may have to wait two more years, according to a report in Engadget.

AT&T reception is a constant complaint among iPhone users, especially in San Francisco and New York. There’s some debate about how much of that is AT&T’s fault, but regardless, the Apple-AT&T deal is seen as a major issue. I know San Francisco residents who won’t buy an iPhone for that very reason, and others who were holding out for a rumored Verizon iPhone coming this summer.

Well, that phone may not be coming any time soon. Engadget says it dug up court files related to a class-action lawsuit claiming that Apple deceived iPhone buyers by not telling them they’re going to be locked into AT&T until 2012. Apple’s reported response? Sure, it’s a five-year deal, and that’s no secret — after all, the deal was mentioned in a USA Today article in 2007.

Asked for comment by VentureBeat, an AT&T spokesman said, “We have a great relationship with Apple. We don’t comment on the specifics of our relationship.”

As Apple chief operating Tim Cook noted in a recent earnings call, Apple has ended all of its exclusive carrier deals except in three major markets — the United States, Germany, and Spain. But Cook has also been vague about when those final agreements will end.

Engadget notes that just because Apple and AT&T signed a five-year contract in 2007 doesn’t mean the carrier’s exclusivity will actually last until 2012. Contracts can be canceled or changed.

Update: TechCrunch’s MG Siegler takes a closer look at what USA Today and other publications have written about the deal, and argues that this agreement has already been changed, perhaps based on performance-related clauses in the contract.