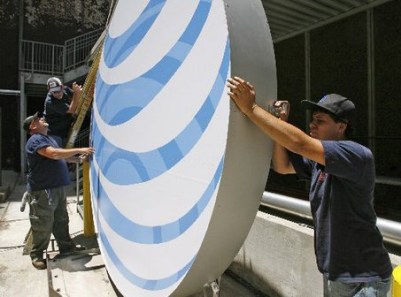 AT&T announced its first quarter earnings for 2011 this morning and swiftly dispelled the notion that the Verizon iPhone spelled doom for its iPhone sales.

The carrier sold 3.6 million iPhones this past quarter — a cool million over the same time last year. Overall, the iPhone accounted for 60 percent of the more than 5.5 million smartphones sold in Q1 (the rest were Android, BlackBerry and Windows Phone devices). The company didn’t break down sales between iPhone models — it would have been interesting to see how the $49 3G S was selling compared to the $200 iPhone 4.

AT&T said the past quarter was its best ever for smartphone sales, which now account for around 46.2 percent (68.1 million) of its total postpaid subscribers. Total subscribers grew by 2 million to hit 97.5 million.

We won’t find out how many iPhones Verizon sold until its earnings call tomorrow morning, but the current outlook doesn’t put it anywhere near 3.6 million. The notion that most of Verizon’s sales came from existing customers also holds true, otherwise AT&T likely wouldn’t have seen such a massive uptick in iPhone sales. Further proving the case: AT&T added 62,000 net postpaid customers, while most analysts were expecting them to lose around that many to Verizon.

Total postpaid subscriber churn, or users leaving AT&T, rose slightly to 1.18 percent, compared to 1.15 percent in the fourth quarter of 2010. Overall churn was 1.36 percent, up slightly from Q4’s 1.32 percent.