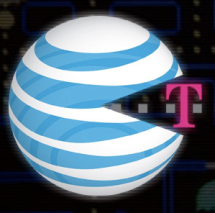 Like the kid who beat you up at the bus stop because he felt bad about being obese, AT&T is a bully because it hates itself. At least that’s how the mobile giant appears in its enormous and unintentionally hilarious FCC filing, its first attempt at trying to convince regulators that acquiring T-Mobile will “promote, not diminish” competition among mobile carriers.

As first reported by Ars Technica, here are a few examples of how AT&T describes itself in an attempt to make it appear like the underdog who’s just trying to make it in the big ol’ mobile world:

And their friend T-Mobile? Surely it is better off?

Ouch. Maybe $39 billion will smooth over things between the two of them.