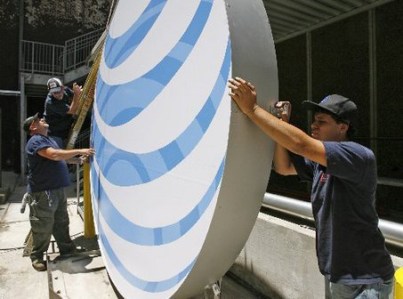 In a call with investors this morning, AT&T executives gathered together to discuss what exactly yesterday’s announced T-Mobile acquisition means for the company. It’s also the first time we’ve heard specific details on short and long-term network improvements as a result of the deal.

Most of the improvements don’t come as a surprise, but they drive home just how important wireless spectrum will be to AT&T for its LTE 4G network, as well as how combining 3G networks may finally fix AT&T’s metropolitan coverage woes.

In the short-term, AT&T will focus on combining its 2G and 3G networks with T-Mobile. It will do so by making some cellular sites dual-band to support the carriers’ two separate 3G frequencies. This will double 3G capacity in many areas, although existing phones won’t be able to hop between AT&T and T-Mobile’s frequencies. AT&T says that T-Mobile subscribers will see all-around improved coverage. AT&T doesn’t plan to keep every T-Mobile cellular site working today, but it wouldn’t discuss how many sites it plans to keep.

AT&T will then look towards rationing wireless spectrum, which will serve to free up T-Mobile’s AWS spectrum to use later for its LTE 4G network. AT&T also plans to deliver devices for T-Mobile customers that will let them take advantage of its wireless frequencies.

With the added spectrum, AT&T says it will be able to deploy LTE 4G to 95 percent of the U.S. population, with speeds faster than Verizon’s competing LTE network.

AT&T’s ambitious LTE goals will take years to become fully realized. In the meanwhile, its acquisition of T-Mobile may be the fastest way for AT&T to fix its coverage problems in New York and San Francisco.