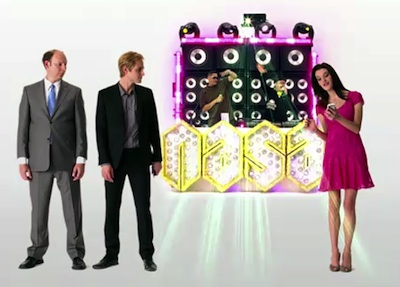 AT&T just announced that it has reached an agreement to acquire Deutsche Telecom’s T-Mobile USA unit.

The deal is worth $39 billion, with $25 billion in cash and the rest in stock. By adding 33.7 million customers, the decision should solidify AT&T’s position as the largest carrier in the United States, a position it recently reclaimed with 95.5 million subscribers.

In the announcement, AT&T emphasizes the network benefits to the deal, saying the acquisition provides “a fast, efficient and certain solution to the impending exhaustion of wireless spectrum in some markets, which limits both companies’ ability to meet the ongoing explosive demand for mobile broadband.”

Indeed, some have long said that the carrier model is broken and that economies of scale are helping AT&T and Verizon grow larger, while threatening T-Mobile and Sprint’s ability to survive in the long haul. AT&T’s acquisition of T-Mobile accelerates that process and signals the first major step of consolidation. (See the piece written by VentureBeat’s Matt Marshall and Norwest’s Tim Chang two years ago about this).

AT&T’s network has plenty of critics — including from T-Mobile, as you can see in the commercial embedded at the end of this post (spotted via Omar L. Gallaga).

Sprint was previously rumored to be in talks to acquire T-Mobile, a deal that VentureBeat’s Devindra Hardawar described as the “worst idea ever.” This deal makes a bit more sense, since AT&T (unlike Sprint) uses the same GSM network technology as T-Mobile.

US regulatory agencies still have to approve the acquisition. The government may not be entirely receptive to the idea — Business Insider notes that 2010 was the first year the Federal Communications Commission did not conclude that the wireless industry was competitive, although Wireless Industry News reports that the FCC may go back to calling the industry competitive this year. AT&T tries to address regulatory concerns in its announcement, saying, “The U.S. wireless industry is one of the most fiercely competitive markets in the world and will remain so after this deal.”

The good news: high-speed mobile broadband service will improve in quality and coverage, including — in the long run — those in rural communities outside the reach of terrestrial broadband today. The bad news: the cost of that service won’t come down nearly as fast as customers would like, since AT&T and Verizon Wireless combined would own nearly three out of every four wireless subscriptions in the US. While clearly troublesome for Sprint and other smaller mobile competitors, It’s also bad news for cable operators, whose incipient mobility products will suffer in comparison to what AT&T and Verizon can offer.