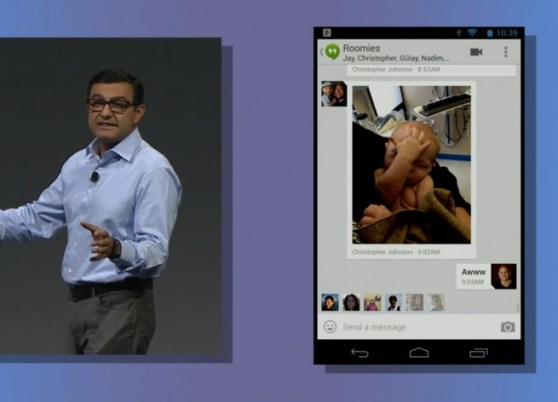 AT&T customers really itching to video chat in Google’s new Hangouts app may be itching for a long time.

The carrier says it plans to open up video chatting for all customers running LTE devices by the end of 2013.

“Throughout the second half of this year, we plan to enable pre-loaded video chat apps over cellular for all our customers, regardless of data plan or device; that work is expected to be complete by year end,” AT&T said in a statement to The Verge.

Core to AT&T’s concern are pre-loaded video chat apps, which the company says come with much higher usage numbers than their non-preloaded counterparts. AT&T, it seems, isn’t confident that its network can handle the burden of lots of Android users video chatting all at once.

For customers, the situation is sure to be a bit tough to stomach, and could push them away from AT&T and into the welcoming arms of Verizon or — more likely — T-Mobile.

The situation is nearly identical to the issues AT&T  faced last year with Apple’s FaceTime app, which didn’t work on its cellular network. Backlash from consumers and regulators eventually forced the company’s hand, however, and AT&T was forced to (slowly) loosen its restrictions on Apple devices. And it looks like the same thing is happening with Android and Hangouts.