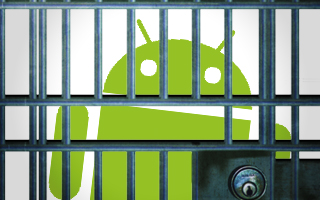 Barnes & Noble has appealed to U.S. regulators to put a stop to Microsoft’s collection of patent royalties for Android devices.

“Microsoft is embarking on a campaign of asserting trivial and outmoded patents against manufacturers of Android devices,” wrote Barnes & Noble, maker of the Android-running Nook line, in an letter to the U.S. Justice Department’s chief counsel for competition policy.

In March, Microsoft sued Barnes & Nobel for infringing on five patents related to technology in the Nook line of Android-based e-readers. The patents are for navigation, web browsing and text features used in the Android operating system. Amazon has already signed a license for the patents for its Kindle e-reader devices.

“Microsoft is attempting to raise its rivals’ costs in order to drive out competition and to deter innovation in mobile devices,” Barnes & Noble said in its letter.

Last year, Microsoft made a deal with HTC to receive patent licensing fees for all of HTC’s Android phones. The deal protected HTC from a Microsoft lawsuit and also gave it access to Microsoft’s deep portfolio of patents.

By May 2011, it was estimated that Microsoft was making five times as much on Android patent licensing as it was on its own line of Windows Phone 7 devices.

Back in September, Microsoft negotiated more patent licensing deals with ViewSonic and Acer for their Android smartphones and tablets. By last month, Microsoft’s patent deals were collecting revenue from licensing deals on half of all Android devices.

Brad Smith and Horacio Gutierrez, Microsoft’s general counsel and deputy general counsel, wrote at the time that the deals were “reasonable and fair to both sides,” stating in a blog post, “Our agreements ensure respect and reasonable compensation for Microsoft’s inventions and patent portfolio. Equally important, they enable licensees to make use of our patented innovations on a long-term and stable basis.”

Barnes & Noble maintained in its letter that these actions and others constituted a concerted effort to “raise [Microsoft’s] rivals’ costs and prevent Android-based devices from taking away sales of Microsoft’s Windows operating system.”

Microsoft’s patent claims against Barnes & Noble will be the subject of a trial set to start in February 2012.