There are those moments when you feel you need that extra something to make your music experience more enjoyable. Lofelt has developed a wearable called Basslet, available to order starting February 7, designed to really get you into that dance mood — or at least the company hopes so. This wrist-worn device functions as a subwoofer that pulses through your arm to make it feel like you’re in a club.

Launched last year as a Kickstarter crowdfunding campaign, Lofelt will begin selling the device next month for $199 on Amazon and its own website in both the U.S. and the U.K.

Designed like a watch, but limited in functionality to providing pulsing beats, Basslet takes music being streamed to your headphones and matches the waveform to provide a tactile force so you can feel the bass. Lofelt chief executive Daniel Büttner explained to VentureBeat that his product controls the latency so that what you hear and feel is in sync so you won’t hear the bass drop and feel it seconds later. 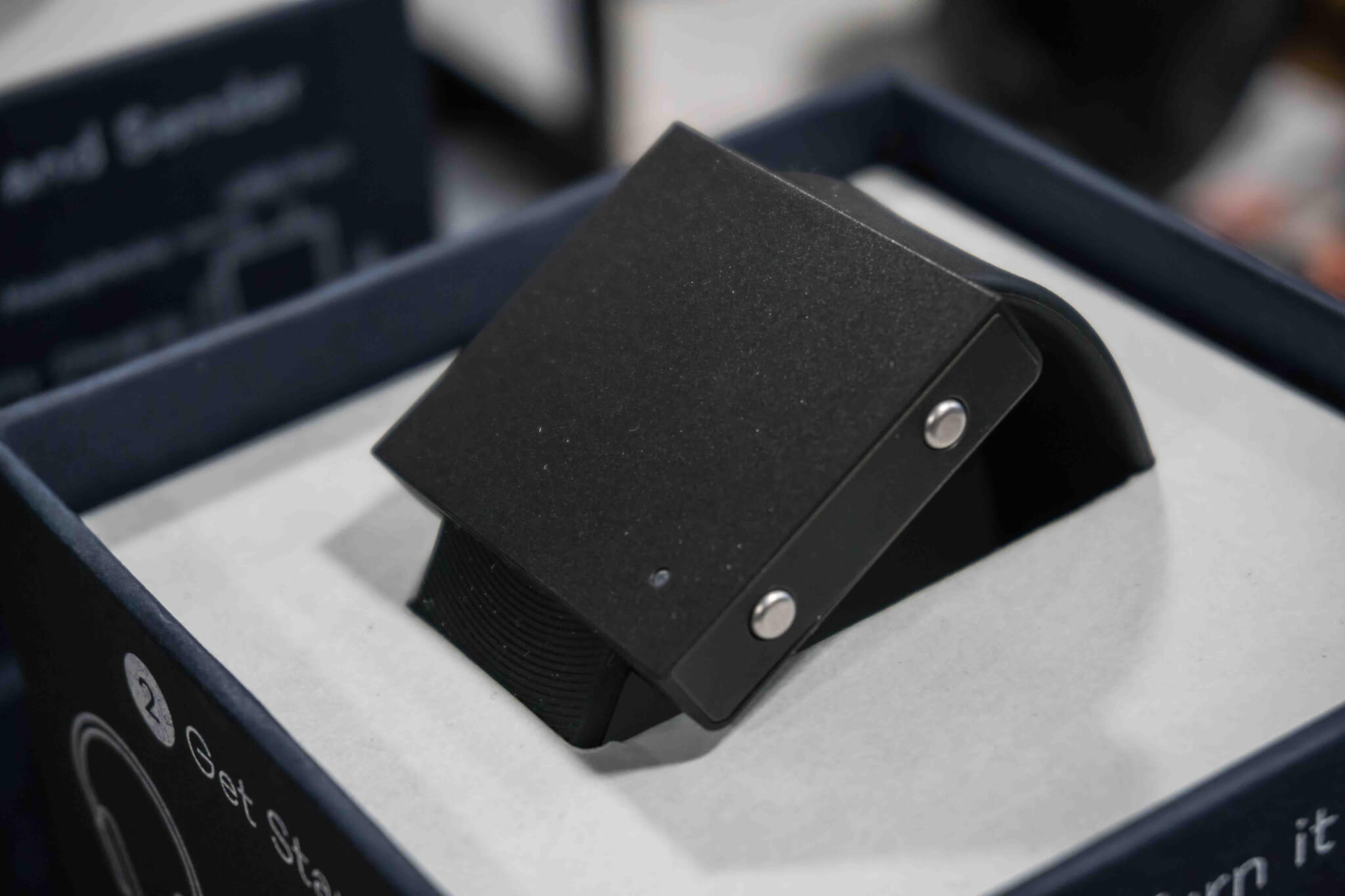 The company is targeting music addicts, but also sees an opportunity to go after those involved in gaming and virtual reality spaces. “Once you try it, you’ll find that it adds a new level of experience to the music,” Büttner claimed.

There are 10 vibration levels possible with the Basslet, but even at the highest setting, the pulsating beats were limited to your arm. Initially it feels weird because you’d like to feel it throughout your body like you’re in a club or concert, but how to get to that exact experience could be difficult. Lofelt did think about other form factors, such as placing it on the head or chest, but both are either unpleasant or complex to wear. “The arm is the most common place where you wear technology. We didn’t want to make it too complicated or nerdy,” Büttner said.

It doesn’t seem like the Basslet is something you’d want to have on every single day because it serves no other purpose besides providing vibration. So if you’re at the gym, getting ready to party, or want to have a silent disco, then this wearable may be for you. The battery lasts up to 12 hours with normal usage — more than 6 hours with continuous playback — and takes less than an hour to charge.

After raising more than $635,000 through Kickstarter, Lofelt shipped 4,500 Basslet wearables before Christmas.

While the wearable seems lacking, one opportunity that presents itself is bringing the technology into established products such as the Apple Watch, FitBit, Samsung’s Gear S3, and others that support wireless headphones and music. It could also incorporate itself into virtual reality platforms such as Oculus Rift so that you’re receiving additional haptic feedback when playing games or “appearing” at live events such as concerts.

Büttner agreed with this and revealed that Basslet’s technology had been integrated into a concept car designed by Renault automotive. The intent was to study the impact of “vibrotactile user interaction” inside the vehicle to alert the driver of navigation changes, potential collisions, and more.

Based in Berlin, Germany, Lofelt has raised more than $2.1 million, which includes funding from Kickstarter, private equity, and contributions from a European innovation fund. Büttner said that the company will be raising a series A later this year.